One day after the Black Lives Matter march against police violence went more wrong than anyone could have imagined, members from the Dallas Action Coalition, one of the organizers, gathered at a lawyer friend’s office a few blocks from the crime scene to debate just what had happened.

The three group leaders who’d attended the rally were still wearing their “Dallas Action Coalition” T-shirts. They traded videos taken by friends, posted on Facebook. One depicted what looked to be man on the ground, not a sniper, shooting police officers. Another seemed to show the shooter was a white man. Someone heard that there were two black shooters dressed in Kevlar and they stole a police car and started shooting as they drove. And above all, everyone thought it was strange that absolutely no one had ever heard of the alleged shooter, Micah Johnson. All of the groups in the coalition spent much of Friday scrubbing videos looking for any sign of Johnson at the rally; some went so far as to speculate he was a police plant to gain sympathy just as their movement was gaining steam.

“How do we know he was targeting white cops? The only people who heard that was white cops. How do we know who he was or what color he was? He was blown up. There’s nothing left of him,” says La’Shadion Anthony, 29. “We don’t trust anything they say.”

The conversation was one of many among the shell-shocked Black Lives Matter community in Dallas as they try to come to grips with the idea that an African-American man apparently used their peaceful rally as a shooting gallery to kill white cops. The conspiracies and doubt underline a community roiled by mistrust in authorities.

“This is definitely a time that we come together and have an open dialogue,” says Dominique Torres, one of the leaders of the Next Generation Action Network, the rally’s main organizer, at a separate meeting across town on Friday. “There is definite mistrust, significant mistrust within the African-American community. It’s time for community leaders, pastors, elected officials and police to sit down at the table and be candid, have a conversation about what changes need to be effected.”

On Friday, Dallas was a city in fear. Police warily guarded the massive 25-square-block crime scene and other sensitive spots, like the Mesquite home of the alleged shooter. African Americans, equally wary, wondered how they would ever be able to protest again. “Look they shot the white president here, just a few blocks away,” Anthony says, referring to the 1963 assassination of John F. Kennedy, “what do you think they’re gonna do to us?”

NGAN plans to hold an event in Dallas Sunday evening. The group had hoped to do one earlier but Dallas police said they are stretched too thin and could not adequately protect or participate in such a conversation until Sunday.

Dallas police did not respond to requests for comment.

Oyinka Green, 47, a Dallas Action Coalition leader who spoke at Thursday’s rally, says now is the time police need to earn the trust of the community. She praised Dallas Police Chief David Brown, who is African American, for his “Coffee with Cops” and school visitation programs, but, she says, those are lipstick on policies that are ugly for minorities. She wants Brown to roll back something called the 72-hour rule, which allows police to confer, watch footage and read witness statements before making their own following a shooting incident. The rule was instituted in 2013 after the police killing of a mentally unstable black man.

The group also wants the federal government to do away with grand juries when prosecuting cops. “No more secrecy,” says Green. And they’d like footage of police shootings to be made available to victims’ families automatically, not just at the discretion of the police.

But mostly, they’d like to see remorse. “I feel hopelessness,” Anthony says. “If they can gun any one of us down, gun children down—killing boys, girls, killing all of our families without any remorse and getting paid vacation to do it, what hope is there?”

For at least one attendee, Thursday was her first and possibly her last rally. The first-time protester, who was afraid to give her name, was fired up by online videos of black men being shot by police and wanted to do something. She was one of the rare people who says she saw Johnson at the rally. He was wearing the purple Dashiki shirt, she says, that she has seen on him in photos. She noticed because it was a nice shirt—expensive. He stood alone, she says, apparently listening to the speeches.

“We can’t control the entire population. If a crazy person wants to show up they have the right to do that. We don’t know what’s going on in a person’s mind,” she says. But she probably won’t ever go back to a rally. “I don’t want to have to fear for my life. I’m waiting on what they say on the Black Lives Matter Dallas Facebook page—that’s how most of us heard about this. I want to see what they think is true.” 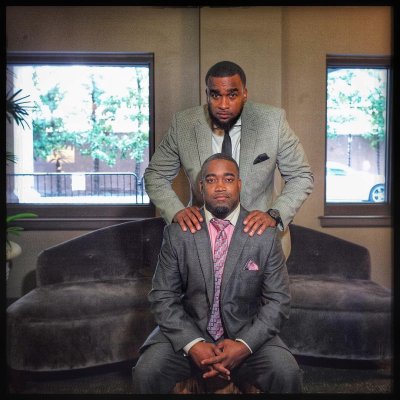 Falsely Accused Dallas 'Suspect' Fears for His Life
Next Up: Editor's Pick