Why Guns Won't Be Allowed at the Republican Convention

Delegates to the Republican national convention would do best to leave their guns at home.

The arena has long banned firearms under an Ohio law that allows private properties to do so.

“In accordance with the Ohio’s ‘concealed carry’ law and the right for private entities to ban handguns on their premises, firearms and other weapons of any kind are strictly forbidden on the premises of Quicken Loans Arena,” states the Q’s policies and procedures webpage.

“What it does is give us the right to secure an area for our protection purposes,” Nicole Mainor, spokesperson for the Secret Service, told TIME.

Anyone going into the zone secured by the Secret Service will need to go through screening to enter, Mainor said.

But, outside of Secret Service jurisdiction, the city of Cleveland will follow state law regarding weapons when it comes to the event zone, which means someone could go into the part of the event zone not secured by the Secret Service with a firearm, confirmed Dan Williams, media relations director with the city.

Dean Rieck, executive director of the Buckeye Firearms Association, told TIME that in this situation “it may not be wise” to bring firearms along. He added that no serious gun rights group is advocating for that.

A tip line to report suspicious activity was announced by the City of Cleveland on Friday, following the attack on police officers in Dallas last week.

Stating the police division is on “a heightened state of awareness for domestic attacks” like law enforcement is throughout much of the rest of the nation, the press release says the city of Cleveland has been heavily involved in the planning process for the RNC but reminds the public to do its part.

Mainor told TIME those types of attacks were “exactly the type of thing” taken into account when planning security for the event. 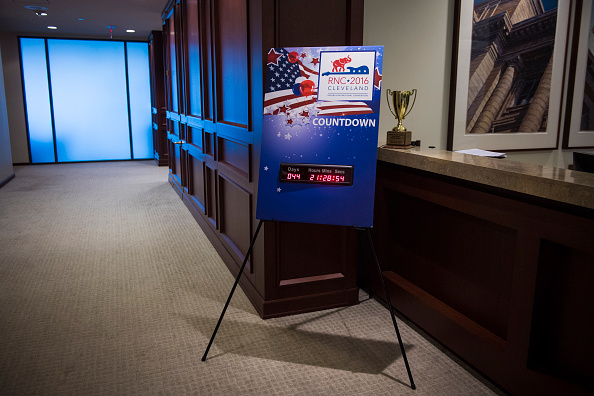