An elderly Utah resident with a Zika virus infection has died, marking the first such death in the continental U.S., health authorities confirm.

The Salt Lake County, Utah resident was confirmed to have died in late June. The person, who was not identified, had an underlying health condition, and it has not been determined how Zika may have been involved in the death. The Salt Lake County Health Department (SLCoHD) confirmed in a statement. The person had traveled to a country where Zika is spreading.

“While this individual did test positive for Zika virus, the exact cause of death has not been determined, and it may not be possible to determine how the Zika infection contributed to the death,” the health department said in a statement. “Due to health privacy laws, health officials will not release further details about the individual or the individual’s travel history.”

The health officials said in a statement that this is the first confirmed Zika-related death in the continental U.S.

“This unfortunate situation is a tragic reminder of how important it is to receive proper pre-travel education and to protect yourself from mosquitoes when traveling abroad,” said Dr. Dagmar Vitek, medical director for SLCoHD in a statement. “In addition to Zika, travelers need to be mindful of other diseases found around the world, including mosquito-borne illnesses like Dengue fever, malaria, and chikungunya.”

The U.S. Centers for Disease Control and Prevention (CDC) confirmed the death as well and noted that as of this week, 1,132 cases of travel-associated Zika had been reported in the U.S.

Another Zika-related death was previously reported in Puerto Rico. In that case, the person developed severe internal bleeding due to lack of platelets in the blood. “Although Zika virus–associated deaths are rare, the first identified death in Puerto Rico highlights the possibility of severe cases, as well as the need for continued outreach to raise health care providers’ awareness of complications that might lead to severe disease or death,” researchers who reported the case in April wrote at the time.

There have not been any reported cases of locally transmitted Zika in the U.S., though some health officials have told TIME that it’s possible that Zika is already spreading in parts of the country. In the meantime, Congress has yet to pass the $1.9 billion in emergency funding that the White House requested in February.

Correction: The original version of this story incorrectly included a description of the Utah resident’s gender. That information was not released. 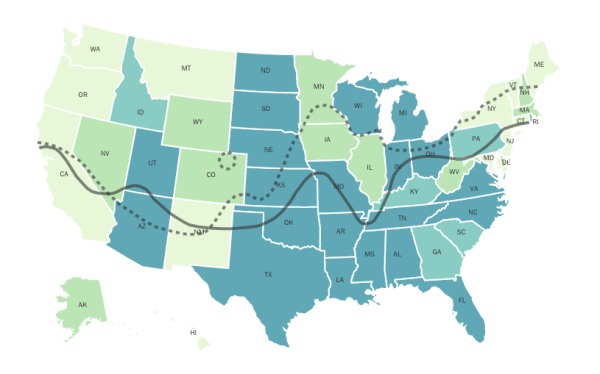 How Abortion Restrictions Could Collide With Zika in the U.S. This Summer
Next Up: Editor's Pick