Donald Trump is, by his own admission, “like, a really smart person,” and someone who has “a very good brain,” but he don’t know much about history. His remarks this week—and on multiple other occasions—about Saddam Hussein’s skill at counterterrorism are a reminder of this.

“He was a bad guy—really bad guy,” Trump opined during a rally in North Carolina. “But you know what he did well? He killed terrorists. He did that so good. They didn’t read them the rights. They didn’t talk. They were terrorists. Over.”

Hussein, it is true, killed a lot of people. The estimates run into the hundreds of thousands, and he murdered in a variety of appalling ways: He had his victims shot, gassed, blown up, beheaded and even torn apart by wild animals. And while all of his victims had excellent reasons for not liking life under the longtime Iraqi dictator, almost none were terrorists. On the contrary, terrorists in Iraq were mostly honored guests and worked at the regime’s behest.

Thousands of terrorists called Iraq home, and their organizations had the blood of Israelis, Turks, Iranians and Europeans from numerous countries on their hands. Among the killers were members of the Palestine Liberation Front, the Arab Liberation Front, the Kurdish PKK, the Iranian Mujahidin e-Khalq and the Abu Nidal Organization. Saddam promised to pay the families of suicide bombers who killed Israelis for their deeds. It is true that he despised jihadists and had nothing to do with al Qaeda, but that hardly diminishes his record. Not for nothing, Iraq was among the first batch of countries designated by Washington as state sponsors of terror in 1979.

Perhaps Trump has information that is not widely available, but only one case of a terrorist being killed in Iraq comes readily to mind: the death of Abu Nidal. Before Osama bin Laden came along, Nidal—also known as Sabry al Banna—was widely considered the most vicious terrorist alive. He worked, by turns, for the Syrians, the Libyans and the Iraqis, engineered notorious airport massacres in 1985 in Rome and Vienna, and ultimately was credited with some 900 deaths and injuries.

Nidal was a particular favorite of Hussein, who employed him for assassinations and other wet-work from the beginning of his career in the 1970s. But as rumors of an approaching war with the United States swirled in the August of 2002, Hussein is said to have worried that Nidal, who lived in Baghdad, might be working for the U.S. Though Hussein might also have decided that as Washington was making its case for action against Iraq, Nidal was a non-essential burden. Iraqi press accounts afterward that said Nidal committed suicide and that he had multiple gunshot wounds. Perhaps that was what Trump was thinking when he applauded Hussein for killing terrorists “so good.” But the bigger picture of Iraq’s ties with Abu Nidal begs the question of whether the end was the most important part of this relationship.

It also seems to have slipped by Trump that the Iraqi dictator often used his own intelligence service to stage terrorist attacks. The best known case got more than a little press because it involved an effort to kill a former American president. In April 1993, shortly after leaving office, George H.W. Bush visited Kuwait, the country his administration liberated from Iraqi occupation. Hussein sought retribution through a car bombing arranged by his intelligence service.

The Kuwaitis uncovered the plot before Bush arrived. Two months later, after the suspects confessed and the full picture of the operation was clear, President Bill Clinton sent 23 Tomahawk cruise missiles into Iraqi intelligence headquarters. It was his administration’s first use of military force.

This was not exactly a hidden chapter in history. Indeed, President George W. Bush reminded everyone in late 2002 that Saddam was “the guy who tried to kill my dad”—a remark that launched countless conjectures about the motivation behind the American march to war in Iraq.

It is odd that Trump seems to have no memory of the incident and odder still that he holds up Hussein as being on the right side of the terrorism issue. Unimpeachable ignorance and no moral compass. Trump does that so good. Over. 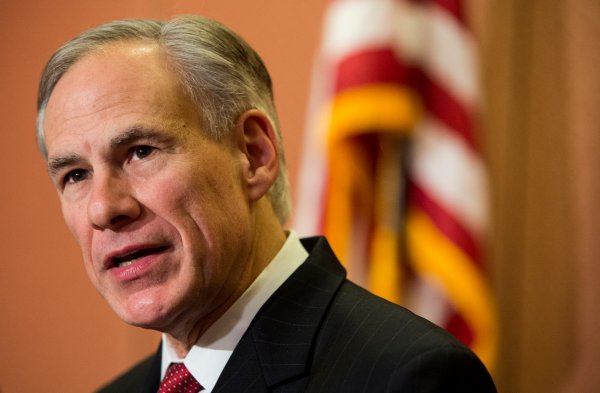 We Will Overcome Evil With Good
Next Up: Editor's Pick