It’s been a week of ups and downs for Brett Barna, a former hedge funder who reportedly threw a wild party at a rented house in the Hamptons over the July 4th weekend. The annual bash, called “#Sprayathon” for its copious champagne showers, was hosted this year at a $5,000-a-night Airbnb rental mansion in Sag Harbor, an upscale enclave best-known as a summertime getaway for wealthy New Yorkers. Multiple news reports indicate that more than 1,000 people attended the party, and now the owners of the property are reportedly planning to sue Barna for $1 million for damages.

Barna, 31, has also been let go from his job at Moore Capital Management. “Mr. Barna’s personal judgment was inconsistent with the firm’s values,” the company told CNBC in a statement. “He is no longer employed [here].”

Social media posts suggest the party was something like a Gatsby fête on steroids. “They drowned themselves in Champagne…they broke into the house, trashed the furniture, art was stolen, we found used condoms,” the Airbnb owners told Page Six. “So many people were there that the concrete around the pool crumbled and fell into the water. It was like ‘Jersey Shore’ meets a frat party.”

Airbnb has now also banned Barna from using its service. A spokesperson for the company said, “We have zero tolerance for this kind of behavior and have removed this guest from our platform,” according to Gothamist.

Check out some snaps of the bacchanal, below. 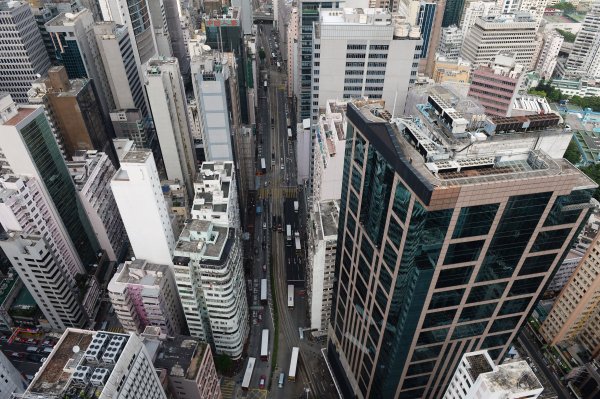