Mother of Alton Sterling's Son Condemns Dallas Shooting: 'Violence Is Not the Answer'

Quinyetta McMillon, the mother of Alton Sterling‘s son, condemned the fatal attack on police officers during a Thursday protest in Dallas, calling the shootings “reprehensible acts of violence.”

Sterling was killed on Tuesday by police after being pinned down by officers outside a Baton Rouge convenience store. The shooting in Dallas, which killed five officers and wounded seven, occurred during an anti-police brutality protest partially motivated by Sterling’s death.

“We wholeheartedly reject the reprehensible acts of violence that were perpetrated against members of the Dallas Police Department,” McMillon said in a statement, according to CBS affiliate WAFP. “Our hearts break for the families of the officers who were lost as they protected protesters and residents alike during a rally.”

McMillon said “responding to violence with violence is not the answer.”

“Regardless of how angry or upset people may be, resorting to this kind of sickening violence should never happen and simply cannot be tolerated,” McMillon said. “Members of law enforcement have a very difficult job and the vast majority conduct themselves honorably as they protect and serve our communities.”

McMillon also said that officers who violate the public trust should be held accountable. 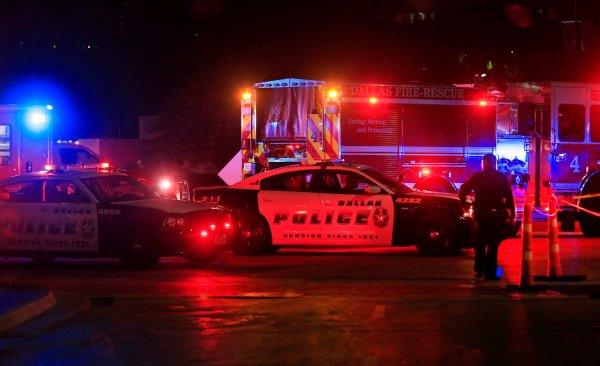 NRA Honors Heroism of Police in Dallas Shooting
Next Up: Editor's Pick