When Can Police Use a 'Bomb Robot' to Kill a Suspect?

Late Thursday night, Dallas police attached an explosive device to what’s known as a “bomb-disposal robot,” rolled it into an area where one of the suspected shooters was holed up, and detonated the bomb, killing him on the spot.

The move marked the first time that civilian police have used a robot to kill an American suspect on American soil, according to several legal and robotics scholars, raising major questions about the use of such machines in domestic stand-offs.

Not to mention: Was this the best use of force in this case? What does it mean for the use of robots in future instances?

At a Friday morning press conference, Dallas Police Chief David Brown said that a hostage negotiator had been in touch by phone with the suspect in question, but it was apparent that the shooter remained dangerous and officers were in danger. Brown also said the suspect mentioned the placement of IEDs, improvised explosive devices, in the city. “We saw no other option but to use our bomb robot and place a device on its extension for it to detonate where the suspect was,” Brown said. “Other options would have exposed our officers to great danger. The suspect is deceased as a result of detonating the bomb.”

Several legal and robotics scholars told TIME that, given those circumstances, the use of the robot in this case was no different, from a legal or moral position, than killing an active shooter in another way. “From a utilitarian perspective, if the officers on the scene have already decided that they need to kill this person, how they do it doesn’t matter,” Ansaro said.

Dan Montgomery, a former police chief and expert on police practice, agreed that the officers acted according to agreed-upon rules of engagement. “Admittedly, I’ve never heard of that tactic being used before in civilian law enforcement, but it makes sense,” he told TIME. “You’ve got to look at the facts, the totality of the circumstances. You’ve got officers killed, civilians in jeopardy, and an active shooter scenarios. You know that you’ve got to do what you’ve got to do to neutralize that threat. So whether you do it with a sniper getting a shot through the window or a robot carrying an explosive device? It’s legally the same.”

Cynthia Lum, director of the Center for Evidence-Based Crime Policy at George Mason University, also noted the Dallas police force’s “highly unusual use of a robot,” but said the situation merited it. The use of robots can be an effective way to avoid harm to police officers or bystanders, she said.

Other scholars said the situation seemed a little murkier. Keith Abney, a professor of ethics and emerging sciences at California Polytechnic State University, San Luis Obispo, said that while the police officers’ decision to use the robot to kill the suspect in this case “doesn’t seem fundamentally ethically different from another distance weapon, like a sniper rifle, used to take out suspects in an active shooter situation,” there is still the question of why the suspect had to die.

“One can wonder why, if they could send in a teleoperated robot with C4 to kill the suspect,” he told TIME, “why they couldn’t instead equip the robot with knockout gas or some other nonlethal agent to capture the suspect, instead of killing him.”

Gloria Browne-Marshall, an associate professor at John Jay College of Criminal Justice, said the incident was most concerning because of what it means for future cases: What are the parameters surrounding the use of such technology on civilian soil? “If we’re going to start using—as a country—this kind of drone technology and robots on a civilian population, then we’re easing into a civil war,” she told TIME. “We’re easing into one because we have civilians who believe that the government is not protecting them, and we have a government who believes that civilians are armed enough that they have to use military tactics.”

Thomas J. Aveni, the executive director of the Police Policy Studies Council, told TIME that the events in Dallas should not be taken lightly. Given the precise circumstances in this case, the police were justified in their decision to use the robot to kill, he said. “But some will say it’s a slippery slope—that this remote way of killing people that we’ve accepted and embraced in the military realm, it is something that should be more closely examined, and I would concur,” he said.

“We should codify some ethical guideline on when people can be killed remotely,” he added. “Can we used aerial drones like we use in Afghanistan?”

Peter Singer, a senior fellow at the nonpartisan think tank New America and leading expert on 21st century security issues, said that many domestic police forces now have two types of robots of different sizes and shapes in their arsenal—those used for surveillance and those for bomb disposal. Surveillance robots are equipped, as would be expected, with cameras, he said, while bomb disposal robots generally have a sophisticated arm that can be operated remotely by something akin to a joy stick.

Importantly, Singer said, these robots are not designed or intended to be used as weapons to kill. In the past, U.S. police forces most often use bomb disposal robots to inspect suspicious packages, dismantle bombs, and to initiate what’s known as a “controlled explosion” of explosive device. For example, last year, San Jose police convinced a man not to commit suicide after sending a robot to deliver a phone and pizza to him. In other instances, robots have been used to deliver notes to kidnappers or to monitor a suspect’s behavior.

In the Dallas case, it’s unclear when officers decided to employ the robot in this innovative way, and what they used to weaponize it. Brown said only that a “device” was placed on the robot’s “extension.” Dallas Mayor Mike Rawlings said in another statement that the suspect was killed after police used explosives to “blast him out.”

Experts told TIME it’s possible that officers used the same small explosive device used during a controlled explosion to explode next to the suspect. It’s also possible that they used a hand grenade or a mine, experts added. Aveni, who has worked as a police officer for 26-years, said that explosive charges are generally used only rarely—to breach a door, serve as a distraction, or to detonate a bomb or suspicious device. “To actually devise something with the express intent to kill somebody is totally new,” he said.

Singer says that while that’s unprecedented on American soil, U.S. soldiers have used a robot abroad in that way. The U.S. military employs roughly 12,000 ground surveillance and bomb-disposal robots, which are most often used in Iraq and Afghanistan to inspect buildings or to determine whether a car, stopped at a check point at a safe distance, was carrying explosives, Singer said. In his 2009 book, Wired for War: The Robotics Revolution and Conflict in the 21st Century, Singer recounted a story in which U.S. soldiers in Iraq duct-taped an explosive to a Marcbot, a knee-high ground robot that looks like a child’s toy truck, and sent it down a narrow alleyway, where a combatant had been hiding. The soldiers detonated the bomb, killing the combatant.

“That’s not the intended use of a Marcbot,” Singer said. “It wasn’t designed that way, that wasn’t how the soldiers were trained. It was them taking duct tape and coming up with their own solution to the problem.” Based on police reports Friday, that appears to be the same scenario that occurred in Dallas: police officers were using a bomb-disposal in an innovative way.

Singer also makes a distinction between the robot that was used to kill the suspect in this case and the specter of “killer robots” that politicians, ethicists, and science fiction aficionados have been concerned about for years. The “killer robot,” at least in theory, is an artificially intelligent being that has been designed specifically to be armed and autonomous, like the Terminator. “That obviously doesn’t seem to be what’s going on in Dallas,” Singer said.

But the use of a robot to kill a suspect on American soil still has people feeling a little unnerved. There’s nothing in annals of police code of conduct or U.S. law that specifically address this issue, Aveni said. “This is a new frontier.”

Katie Reilly contributed to this report. 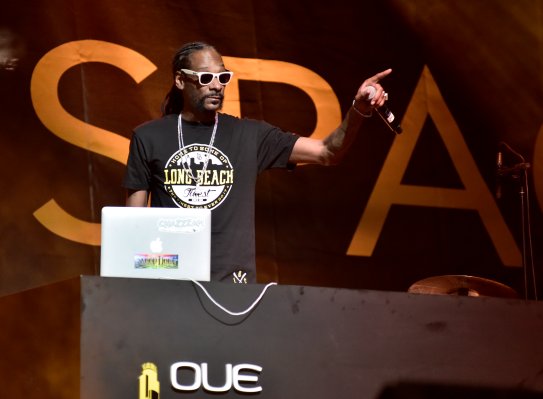