The moments of terror as gunmen ambushed police officers in Dallas on Thursday night has been described by eyewitnesses, many of whom were part of the anti-violence protests held in the wake of the police shootings of two black men, Philando Castile and Alton Sterling.

Five police officers were killed and seven wounded after at least two snipers began shooting at 8:45 p.m. from “elevated positions” on Thursday in downtown Dallas. The city’s Mayor Mike Rawlings told a press conference on Friday that all the officers killed were men. Among the injured, three officers were female.

Two civilian bystanders were also injured, a man and a woman. Shetamia Taylor, who was attending the protest with her sons, was named by the Associated Press as being injured after being shot in the leg.

Speaking to People, Marvin Pabon described the Black Lives Matter rally as “a really cool, chill environment” in the moments leading up to the attack. “Everyone was having such a great time,” he told People. At around 9pm he heard at least 30 gun shots, “it was just way too many shots,” Pabon says. “I would never have figured Dallas would be a war zone. ”

Witness Cortney Washington only saw police officers getting attacked and did not know where the shots were being fired from, speaking to NBC Dallas-Fort Worth she said: “I didn’t see anybody else get shot, just the cops. I saw cops getting shot, right there in plain sight…while we was running, like, they just kept shooting.”

“We were leaving, and when we turned, there was cops. They were patrolling. Then, all of a sudden, you’ve seen them just fall,” a woman who did not want to give her name told NBC.

“Everyone just started running,” 21-year-old Devante Odom, told the Morning News. “We lost touch with two of our friends just trying to get out of there.”

Video footage from the event saw dozens of people from the crowd running as shots rang out on the street, with another clip showing one of the snipers shooting from behind a pillar. An estimated 800 protestors and 100 officers were present at the rally against fatal shootings by police in two separate incidents this week.

“Pop, pause, pop, pause. Then you see the first two officers go down,” said Jamal Johnson to the Daily Beast, explaining that police officers were initially unable to figure out where the shots were coming from. “The other officers began to think that the protesters were the ones who were actually firing, but the protesters were peaceful. They were running for their lives. They were terrified,” he says.

“They fired about 14, 15 return shots once they realized where the shooters were shooting from,” he said. “When we came tonight everything was so peaceful, man. It was united…and for them [the shooters] to ruin it like that.”

Amid the ensuing chaos, the police allegedly misidentified an activist for open carry, Mark Hughes, as a suspect. Speaking to KTVT, Hughes claimed the police interrogated him and falsely said that they had surveillance footage of him firing a weapon. “It was persecution on me,” he told KTVT. “I could’ve easily been shot.”

Police say the shootings appeared to have been planned, with the gunmen displaying knowledge of the rally’s intended path. Two suspects were apprehended, and two camouflage bags were recovered. Police engaged in a gun battle at a a parking garage downtown, which ended after the suspect died. Another suspect, who was female, was arrested close to the garage where the stand-off was taking place.

Renee Sifflet told the Morning News that she had taken her children to the rally “for a positive experience, something they could say they were part of when they’re older,” but it had instead “turned negative.”

From a NATO summit in Warsaw, President Barack Obama called the assault a “vicious, calculated and despicable attack on law enforcement” and said that he spoke “for every single American when I say that we are horrified over these events.” 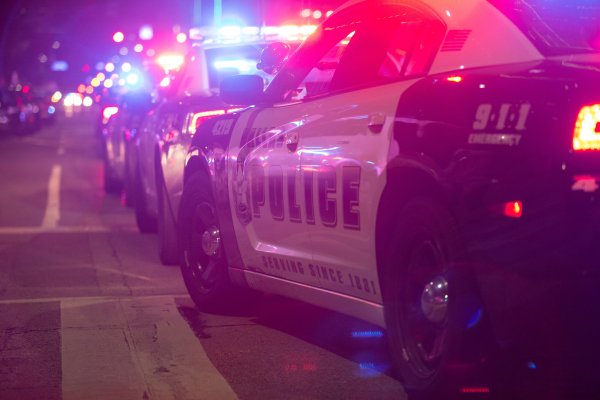