Three members of a previously uncontacted tribe make voluntary contact with a team of researchers, right, edge of photo, from Brazil's National Indian Foundation (FUNAI) on the bank of the Envira River in Aldeia Simpatia, Brazil, in this June 30, 2014, handout photo provided by FUNAI
Handout—Reuters
By Amanda Calvo

The Brazilian government has strongly rejected suggestions by two U.S. anthropologists that the only way to protect the country’s isolated tribes would be to establish contact with them.

Brazil’s Department of Indigenous Affairs (FUNAI) released an open letter on Thursday repudiating an article published by Robert Walker and Kim Hills in Science magazine last year, Reuters reports. Walker and Hills argued that “controlled contact is better than no contact” and criticized the government’s “leave them alone policy.”

Among FUNAI’s aims is the study and protection of approximately 50 to 100 remaining tribes in the Amazonian rainforest. The tribes have had no contact with the outside world. FUNAI’s letter was signed by 18 experts and said that contact with these groups would come with lethal risks to their health and autonomy, Reuters says.

“There is never absolute control in contact situations,” the department wrote. It said that it had changed its position on forced contact in the 1980s after contact led to a number of deaths among indigenous groups. 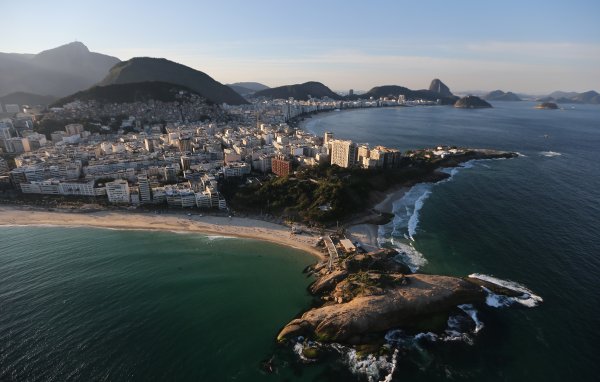 'Super Bacteria' Detected at Rio's Beaches
Next Up: Editor's Pick