Kristen Bell on Thursday slammed Donald Trump for tweeting about a Frozen children’s book in a post meant to defend his earlier use of an apparent Star of David instead of addressing the police shootings of two black men that has sparked outrage across the country.

Bell — who gave voice to Anna, a popular protagonist in the 2013 hit Disney animation — told the presumptive GOP presidential nominee to “zip it” after Trump on Wednesday tweeted an image of a Frozen children’s book that had a six-pointed star on its cover.

“Get ur head outta ur ass. We’ve more important things 2 think abt today,” Bell wrote on Twitter, using hashtags for Alton Sterling and Philando Castile, who were both fatally shot by police officers in the last two days.

Trump blasted a “dishonest media” after he was criticized for using what critics called a Star of David in a post that slammed Hillary Clinton. His detractors said his use of the shape over a pile of money was anti-Semitic. “Where is the outrage for this Disney book? Is this the ‘Star of David’ also?” he tweeted.

Bell weighed in more on the two fatal shootings, saying she has “compassion for the fear the officers feel” but she also believes “they often shoot too quickly.” 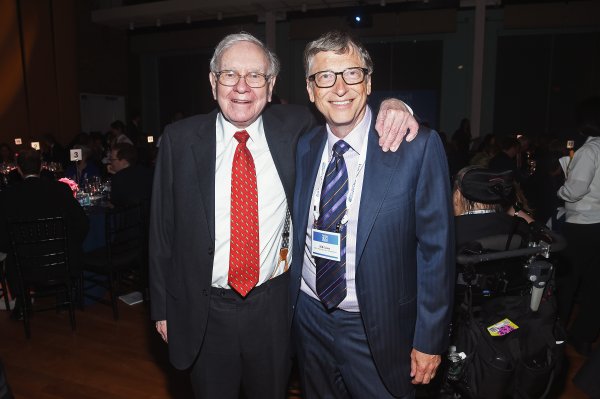 Bill Gates and Warren Buffett Celebrate 25 Years of Being Besties
Next Up: Editor's Pick