After police shot and killed Philando Castile, 32, during an apparent traffic stop in Minnesota, his girlfriend, who was in the car with him, began broadcasting the aftermath on Facebook Live. In less than a day, the video has garnered close to 4 million views, sparking protests in the state’s capital.

The video opens with Diamond Reynolds (identified as Lavish Reynolds on her Facebook page) showing Castile bloodied and in the driver’s seat, with the police officer’s gun visible through the window next to him.

Reynolds, whose daughter was in the backseat of the car, says on the video that the officer had asked Castile for his license and registration, and as Castile reached for the information and told the officer that he had a legally permitted gun in his car, the officer shot him “four to five times.”

Read the transcript of the Facebook Live video here: 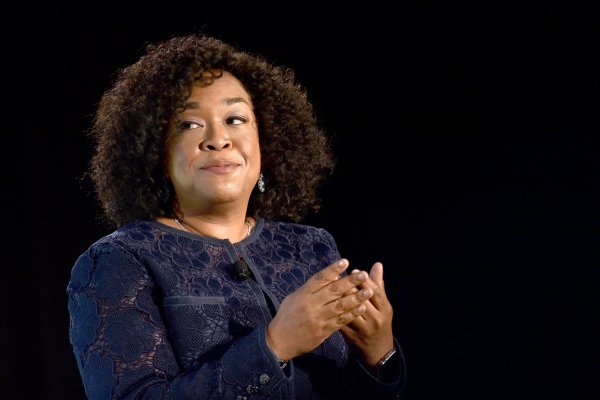 Shonda Rhimes Is ‘Too Sad’ to Write a Furious Tweet About This Week’s Shootings
Next Up: Editor's Pick