Hillary Clinton is attacking Donald Trump’s business record with both politics and policy.

On Thursday, the presumptive Democratic nominee unveiled a short video featuring an architect who says he was not paid in full by Trump after designing the clubhouse at the Trump National Golf Club in Westchester, New York.

At the same time, the Clinton campaign unveiled a proposal to increase legal protections for small businesses like the architect that are harmed by large companies and increase federal regulatory enforcement of big businesses that do not pay contractors.

Both hits build on a weeks-long effort by Clinton to portray Trump as a businessman who stiffed workers and damaged small businesses. Clinton on Wednesday delivered a speech outside Trump’s now-abandoned Taj Mahal hotel in Atlantic City, where many contractors complained that they were not paid and some went out of business.

“He didn’t just take advantage of investors. He took advantage of working people as well,” Clinton said on Wednesday. “Painters, waiters, plumbers – people who needed the money they earned, and didn’t get it – not because Donald Trump couldn’t pay, but because he wouldn’t pay.”

Trump has defended his business and four bankruptcies in Atlantic City between the early 1990s and 2009 by saying that the Democratic-controlled local government imposed burdensome regulations, and pointing to the money that he made in the city.

Meantime, Clinton’s policy rollout on Thursday was clearly also directed at Trump, who is referenced several times in a fact sheet from an aide. The policy calls for giving agencies like the Federal Trade Commission and Department of Justice authority to investigate patterns of misconduct and finding measures for small businesses to seek relief, through increased damages for small businesses’ attorney’s fees or a new private right to sue under federal law. More oversight, according to Clinton’s plan, would lead to better identification of “bad actors.”

Trump would presumably be subject to federal scrutiny under the new guidelines. “Hillary Clinton believes it is outrageous when big businesses like Donald Trump’s build their fortunes by repeatedly stiffing the small businesses that do work for them,” the Clinton campaign fact sheet says.

The video the Clinton campaign released features architect Andrew Tesoro, who designed the Trump National Gold Club. The advertisement plays on the fact that the clubhouse was where Trump in June said that he would “be America’s champion;” meanwhile, Tesoro says in his testimony that the clubhouse is also where he was told he would not be paid in full for his services.

“Here he is in the very ballroom where I got bullied out of many thousands of dollars, making promises that are just like the promises that he made to me and didn’t keep,” Tesoro said.

Clinton’s targeting of Trump’s business record will continue to be a central theme of the election, one that her campaign continues to push as Republicans seek to turn the attention to her misuse of classified information on her email server. 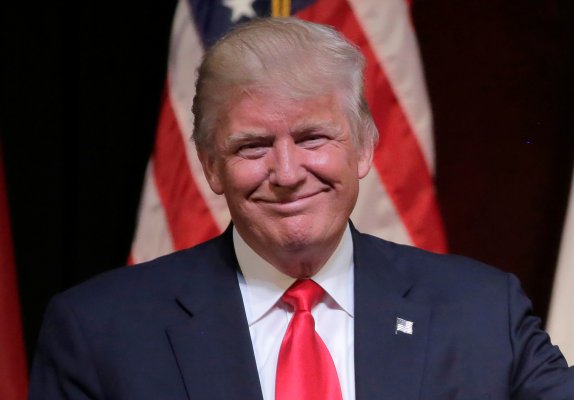