A Georgia mother will avoid jail time after she joined a party thrown by her teenage daughter and her daughter’s friends, and allowed the teens to drink alcohol, smoke marijuana and play a naked game of Twister.

Rachel Lynn Lenhardt was sentenced late last week to 12 months of probation and a $100 fine for each of six counts of contributing to the delinquency of a minor, the Washington Post reported on Thursday. Under Georgia’s First Offender Act, if Lenhardt completes her sentence she will not have a conviction and the charge will be sealed from her criminal history.

The 36-year-old mother was participating in Alcoholics Anonymous at the time of the party, and will have to go through mandatory drug and alcohol treatment and testing.

Lenhardt was accused in April 2015 of hosting the party for her daughter’s friends at her home in a suburb of August, Ga. She told her AA sponsor that her 16-year-old daughter texted her on the night of the incident, asking for permission to come over “to party,” according to a police report. The report said Lehnardt replied: “Come on, let’s party.”

After letting the teens drink alcohol and smoke marijuana, she joined them in a game of naked Twister, according to the report. She then had sex with an 18-year-old in the bathroom while the game continued, police said. Later in the evening, Lenhardt said she fell asleep and woke up with someone having sex with her, who she realized was her daughter’s 16-year-old boyfriend.

A spokesman for the Columbia County Sheriff’s Office told the Washington Post that no sexual assault charges were filed against the teen or Lenhardt. After the party, Lenhardt and her husband lost custody of their five children, and the paternal grandparents were given custody, but it was unclear if that will change now that Lenhardt has been sentenced. 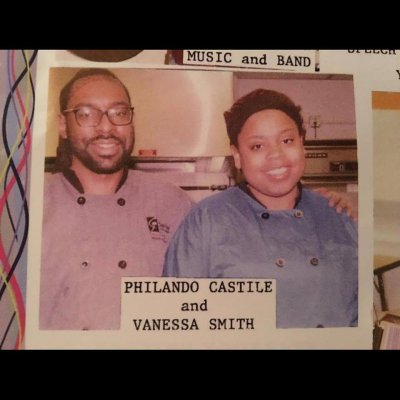 Philando Castile Was a Role Model to Hundreds of Kids, Colleagues Say
Next Up: Editor's Pick