Here's What the Joker Will Be Up to in Suicide Squad

The release of the highly-anticipated Suicide Squad is less than a month away, which means speculation over the plot of the DC Comics flick is running rampant. Luckily, in Wednesday’s issue of Entertainment Weekly, fans can get the lowdown on what’s in store for the villainous group.

Set in Midway City following the events of Batman v Superman: Dawn of Justice, the movie centers around intelligence officer Amanda Waller’s (Viola Davis) attempt to use the city’s most evil criminals — including Harley Quinn (Margot Robbie), Enchantress (Cara Delevingne) and Deadshot (Will Smith) — as a force of good in the fight to save Earth from a “mystical” force.

However, the film’s most infamous big bad guy seems to have a different endgame in mind. “Throwing a wrench into all these plans is the tatted Gotham City arch-criminal, the Joker (Jared Leto), and his laser-like plan to reunite with his true love, Harley, mission be damned,” EW writes.

Read more — and see all four of this week’s covers — at EW.com. 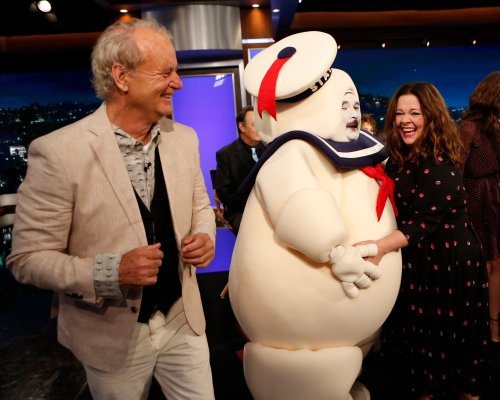 Ghostbusters Director Says Getting Elusive Bill Murray to Be in the Movie Was a Mysterious Process
Next Up: Editor's Pick