Donald Trump’s anti-trade policies and isolationist attitude could have dangerous consequences for the global economy, IMF Managing Director Christine Lagarde warned in an interview with the Financial Times on Thursday.

The International Monetary Fund chief said that new trade barriers between countries could add to concerns in the wake of the United Kingdom’s vote to leave the European Union last month. Trump has said he wants to get rid of U.S. trade deals such as the North American Free Trade Agreement, and has suggested tariffs on goods from Mexico and China.

“I think it would be quite disastrous, actually. Well I don’t think I should say disastrous because that is an excessive word and I should refrain from excessive words. But it would certainly have a negative impact on global growth,” Lagarde told the Financial Times.

Other world leaders criticized Trump’s behavior and his policy suggestions throughout the Republican primary season, but since the New York businessman became his party’s presumptive nominee, many foreign politicians have become more cautious.

Lagarde, who is just beginning her second five-year term as head of the IMF, was careful to avoid naming Trump or singling out any specific politician. She did say that policies that go against globalization could create economic problems like those caused by the start of World War I.

“I hope it is not a 1914 moment and I hope that we can be informed by history to actually address the negative impact of globalization in order to leverage the benefits that it can deliver. Because it has historically delivered massive benefits and it can continue to do so,” Lagarde said.

She did not want to comment on the specifics of the U.S. election but did add that “waves of protectionism” had preceded other wars and that protectionism “hurts growth, hurts inclusion and hurts people.”

Trump has taken to using the phrase “America First” and gave his support for Britain’s decision to leave the EU, which many have seen as another sign that he would push forward with similarly isolationist policies. 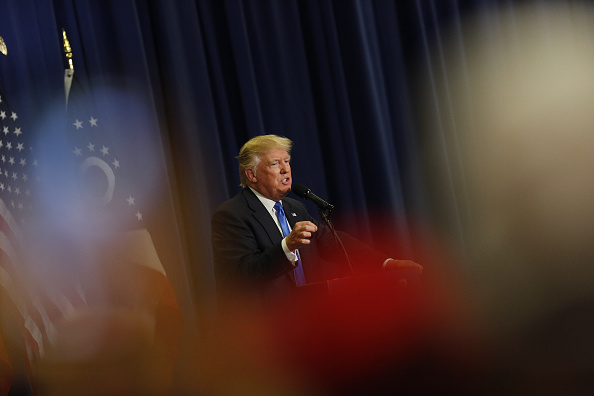 Here's Why the Latest 'Never Trump' Plan Is Doomed
Next Up: Editor's Pick