Police Are Investigating the Fatal Shooting of a Woman in Arizona

Police are investigating the fatal shooting of a mother of three by two sheriff’s deputies in Yuma County, Ariz.

Melissa Ventura, 24, was shot to death by two Yuma County Sheriff Deputies who responded to a domestic abuse call on Tuesday evening, according to the Yuma Sun.

“I don’t know what happened. She was mother of three, and she lived for her kids,” the victim’s sister Tiffany Ventura told KYMA. “She was the heart and soul of my family…I don’t know what we are going to do without her the only thing I can say is that her kids will know how much she loved them.”

Sgt. Lori Franklin said that when the police arrived, Ventura attacked them with a knife, KYMA reported. Both deputies shot Ventura. She was transported to the hospital but did not survive her injuries. The Yuma Police Department is currently investigating this incident.

Court records show that Ventura had been arrested four times since 2011, including an incident in 2014 where she was convicted of aggravated domestic violence, according to the Sun. Those documents also show she has a history of mental illness.

The deputies involved in the shooting have been placed on administrative leave pending the investigation’s outcome. 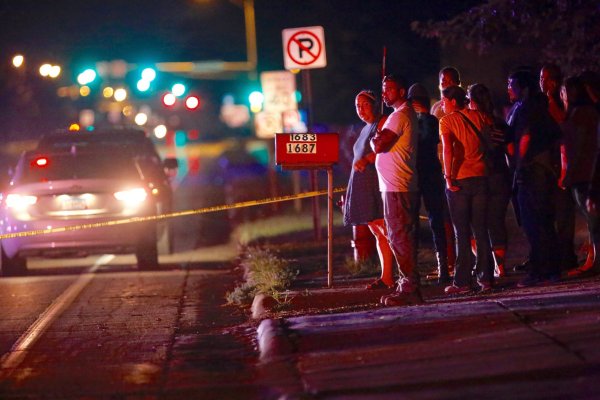 What to Know About Philando Castile's Police Shooting Death in Minnesota
Next Up: Editor's Pick