Mother of Minnesota Man Killed by Police: 'He Was Black in the Wrong Place'

The mother of a Minnesota man who was fatally shot by police Wednesday said black people in the country are “being hunted” daily and that her son was killed because “he was black in the wrong place.”

Valerie Castile, in an interview with CNN, said she was “outraged” after a police officer opened fire during a traffic stop, striking her 32-year-old son Philando Castile as his girlfriend and her young daughter were in the car.

“They took a very good person and everybody that knows my son knows that he is a laid-back, quiet individual that works hard every day, pays taxes, and come home and play video games,” she said. “He’s not a gangbanger. He’s not a thug. He’s very respectable and I know he didn’t antagonize that officer in any way.”

“We’re being hunted every day,” she later added. “It’s a silent war against African-American people as a whole. We’re never free.”

The aftermath of the shooting was captured on video, which was streamed on Facebook Live by the victim’s girlfriend, Diamond Reynolds. The video shows Philando Castile covered in blood as he’s slumped in the driver’s seat of a vehicle. “Police just shot my boyfriend for no apparent reason,” Reynolds says.

St. Anthony Police interim police chief Jon Mangseth told the Associated Press that a police officer pulled over a vehicle around 9 p.m. in Falcon Heights and that “shots were fired” during the stop, but did not immediately provide more details.

Reynolds says in the video that the vehicle was pulled over for a “busted taillight.” The officer asked Philando Castile for his license and registration, she says. Castile reached for the information as requested and also informed the officer that he had a gun in the car and was licensed to carry before the officer opened fire, according to Reynolds.

The victim’s uncle, Clarence Castile, said he was horrified by what he saw in the footage, saying there was “blood everywhere.” “He’s not an officer. He’s just a man. An officer is supposed to protect and serve. That man is a destroyer. He came into our lives and took something from us,” he told CNN. 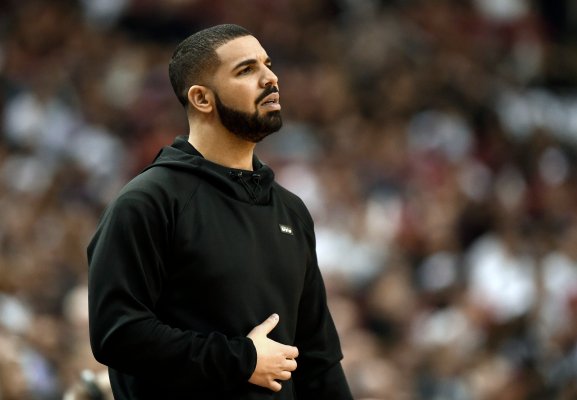 Drake: The Killing of Alton Sterling 'Left Me Feeling Disheartened, Emotional, and Truly Scared'
Next Up: Editor's Pick