After Chris Hemsworth shared a somewhat uneventful video that showed the actor talking about his shoes and stuff on the set of Thor: Ragnarok, he followed up with a new interesting tidbit for fans.

“Expect big and little changes,” Hemsworth wrote in his latest Instagram post. He shared a picture of a regular old hammer, which fuels rumors that in the upcoming Marvel film, the God of Thunder will lose Mjolnir, a trusty magic mallet that only he can lift.

There’s been speculation that in the new film, directed by Taika Waititi, Thor gets a new weapon, or the U.S. Army will be protecting Thor’s mallet or that Surtur will be attacking other people in tights and capes like Asgard with weaponry created from the same mold as Thor’s mallet. Whatever. Something huge is happening with that huge hammer.

As of Thursday afternoon, Waititi provided confirmation that Thor’s mallet is indeed on the set of the movie. He took to Twitter in response to Hemsworth’s photo of a regular old hammer and shared a prank photo of the famous irremovable weapon on the toilet seat. Presumably, caresless Hemsworth left the ridiculously heavy weapon there. When you work with a forgetful Thor, inconvenient stuff like this happens. 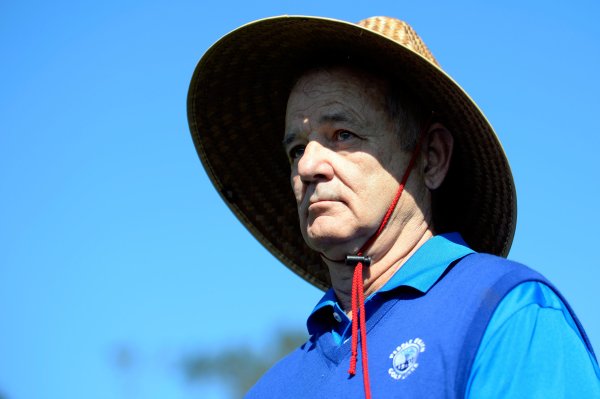 This Man Needs Help Getting Bill Murray to Attend His Bill Murray-Themed Art Show
Next Up: Editor's Pick