In an interview with Naomi Wolf in Harper’s Bazaar, Ratajkowski addresses her stance on feminism. She’s no stranger to the male gaze and body shaming—it started when she was a young teenager and “genuinely hit puberty before everyone. So I really was more sexual than my classmates.”

Ratajkowski gets frustrated with the double-standard that women face when they pose naked or topless. She says, “You know, when Lena Dunham takes her clothes off, she gets flack, but it’s also considered brave; when Justin Bieber takes his shirt off, he’s a grown-up. But when a woman who is sexual takes off her top, it plays into something.”

Ratajkowski has long been outspoken about the double standards with female sexuality. In her Lenny Letter essay from February, she wrote “The implication is that to be sexual is to be trashy because being sexy means playing into men’s desires. To me, ‘sexy’ is a kind of beauty, a kind of self-expression, one that is to be celebrated, one that is wonderfully female.” She continues, “I refuse to live in this world of shame and silent apologies. Life cannot be dictated by the perceptions of others, and I wish the world had made it clear to me that people’s reactions to my sexuality were not my problems, they were theirs.”

In March, Ratajkowski took a topless selfie with Kim Kardashian, which she later said was a political statement: “The whole idea is that when Kim takes a nude selfie, she’s just seeking attention. That’s not the issue. A woman can be seeking attention and also make a statement. They don’t need to be mutually exclusive.”

In terms of body positivity, Ratajkowski doesn’t believe in one “ideal body.” As a model in the public sphere, she believes, “the world should not be exclusive of the ideal body. It has to include all ideals, all bodies.” 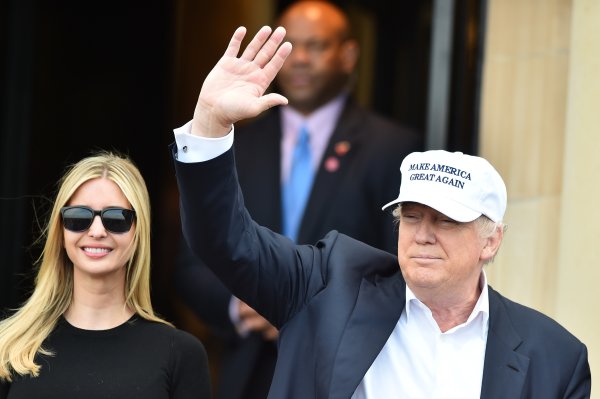 POLL: Should Ivanka Trump Be Her Father’s Vice President?
Next Up: Editor's Pick