Germany Is Expected to Pass a More Stringent Rape Law

A woman gathers with a flash mob in front of the main railway station in Cologne on Jan. 9, 2016, to protest against the New Year's Eve sex attacks
Sascha Schürmann—Getty Images
By Amanda Calvo

A new law is expected to be passed by the German legislature Thursday to expand the definition of rape and to make it easier to deport foreign sex offenders.

The new statute — widely dubbed “no means no”— reforms present laws that require anyone making an allegation of rape to show that they physically resisted their assailant, Agence France-Presse (AFP) reports. Under the new provisions, it will be sufficient to show that consent had been verbally refused.

Chancellor Angela Merkel’s Cabinet signed off on the proposal back in March, prompted by the New Year’s Eve attacks in Cologne, where more than 1,000 women reported being molested by throngs of young men, in attacks largely blamed on North Africans.

The reforms will now classify groping as a sexual offense, and in turn allows such offenses — without additional proofs of violence — to be cited against an applicant in asylum and immigration hearings.

A stipulation will also make it illegal to be part of a group that commits assaults in a crowd, AFP reports.

Compared to other developed nations, Germany has been lagging behind on rape legislation. It was only in 1997 that the nation declared marital rape a criminal offense.

Every year 8,000 rapes are reported in Germany but only 1 in 10 leads to a conviction. 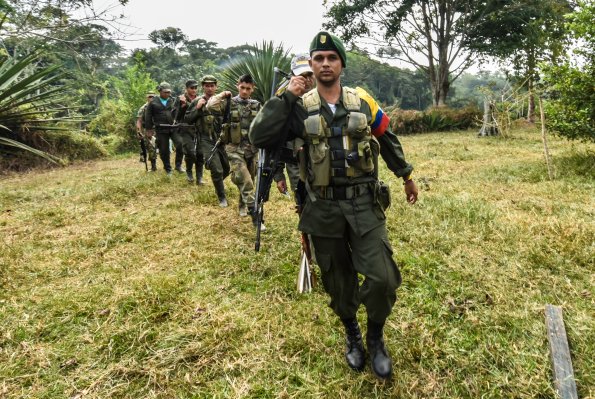 FARC Splinter Unit Says It Won't Lay Down Arms
Next Up: Editor's Pick