Bill Murray looks on at the 14th tee box during round three of the AT&T Pebble Beach National Pro-Am at the Pebble Beach Golf Links on February 13, 2016 in Pebble Beach, California.
Robert Laberge—Getty Images
By Ashley Hoffman

“Bill Murray has been an icon to me ever since Ghostbusters. He has an aura about him that says ‘relax and laugh a little,'” Croft tells TIME.

Every last piece of art on display at the San Francisco event will depict Murray in a painting, a multimedia portrait or a sculpture, and it’s open to gallery-ready submissions from the public. It’s officially a golf party where guests are encouraged to dress up like Bill Murray or maybe in a costume from one of his movies. There will be music and also a cell phone throwing booth.

Croft really wants Murray to drop by, so he took to Craigslist to ask for help getting word about the event to Murray. He’s optimistic about it.

“I have been told from a reliable source in Los Angeles that Bill knows about the show, but getting any hard evidence is not easy,” Croft tells TIME. “Bill Murray is elusive and very private. We’ve even told his lawyer about the the show [and] gotten no response. We hope he crashes the party and does karaoke with us. I have a tattoo of him on my shoulder. I’d like to get him to autograph it if that didn’t weird him [out] too much.”

Bill did crash that wedding to mingle with the world’s luckiest Bill disciples before, so it’s not an impossible proposition. If he doesn’t show, everyone will just have to settle for more than a hundred Bill Murray’s made out of clay and things.

The event will take place July 23 at SF Public Works. 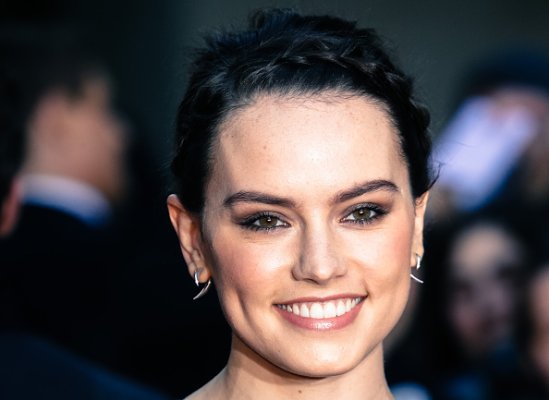 Here's Why Daisy Ridley Had to Work Out With a Pillowcase on Her Head
Next Up: Editor's Pick