Apparently, a crash related to Tesla’s autopilot feature was material, before it wasn’t.

On Tuesday, Fortune reported that Elon Musk and Tesla Motors may have withheld a material fact from shareholders when it failed to disclose that a driver had died using the semi-self driving “autopilot” feature in one of the company’s vehicles. The fatal accident, the first known case related to the autopilot feature, occurred 11 days before Musk and Tesla sold $2 billion shares in an offering on May 18. Yet the company made no mention of the crash in its offering documents. The news of the accident didn’t come out until last week, when it was reported by federal highway authorities—six weeks after the offering.

Musk told Fortune via email that the deadly crash wasn’t “material” information that Tesla investors needed to know. After the article appeared on Tuesday, Musk called the article “BS” in a tweet and said that the fact that Tesla’s shares rose on Friday following the accident’s disclosure showed that the accident wasn’t material.

But back in early May, Tesla said exactly the opposite of what its founder is saying now in an SEC filing. The company warned investors that a fatal crash related to its autopilot feature, even a single incident, would be a material event to “our brand, business, prospects, and operating results.” The disclosure said that the company may face product liability claims due to “failures of new technologies that we are pioneering, including autopilot in our vehicles,” adding that “product liability claims could harm our business, prospects, operating results and financial condition.”

What’s more, Tesla noted that it does not carry insurance against such events. Were the company to be sued because of a death related to, say, its autopilot feature, it could result in a “substantial monetary award” that would have to be paid from “company funds, not by insurance.”

The company made the disclosure on May 10, just three days after the fatal autopilot accident, but likely after the company knew about the crash. On Tuesday, following Fortune’s article, Tesla disclosed that it learned about the accident “shortly” after it occurred, and told authorities at The National Highway Traffic Safety Administration (NHTSA) about it nine days after it happened, which was two days before the company’s $2 billion stock offering.

The offering consisted of Tesla selling approximately $1.7 billion of new stock while Musk exercised stock options for over 5.5 million shares that were set to expire on Dec. 3, 2016 and then sold nearly 2.8 million of those shares. Musk’s sale generated nearly $600 million in proceeds for the Tesla CEO, which, according to the company, he used for tax purposes.

Besides the stock offering, the lack of disclosure could be a problem for a proposed merger deal with SolarCity. The solar energy company, of which Musk is also a controlling shareholder, said in June it was evaluating a $2.8 billion acquisition offer from Tesla. It is not clear whether Musk and Tesla disclosed the crash to SolarCity’s board. There was no mention of the accident in a conference call with investors following the announcement of the deal. And no prospectus has been filed on the deal, which shareholders have yet to approve through a vote.

Companies are legally required to disclose any facts they know that may affect the price of their stock. Tesla has marketed the autopilot feature vigorously as safe and important to its customers.

John Coffee, a law professor at Columbia University and an expert in securities law, says he believes the company should have disclosed news of the death earlier, and the fact that the stock didn’t fall following the news of the crash doesn’t prove the event wasn’t material and shouldn’t have been disclosed. He says since Tesla’s shares are under the influence of a large controlling shareholder, namely Musk, you shouldn’t read too much into its stock movements. “I think it is material as that death has changed both the public’s and the insurance industry’s perception of self-driving cars,” wrote Coffee in an email to Fortune.

Fortune has reached out to Musk and Tesla PR for comment and will update this story if either responds. 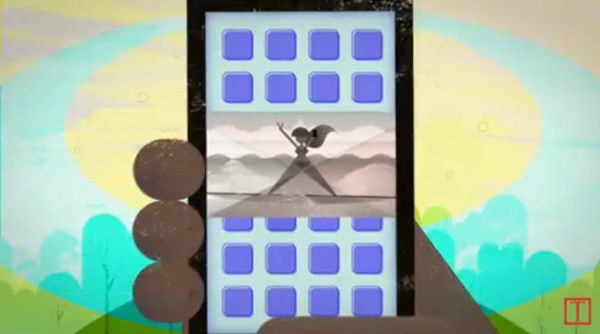 How Mobile Internet Actually Works
Next Up: Editor's Pick