That was my plea with a guy I had struck up a conversation with in my neighborhood Barnes & Noble. I cringed at my own awkwardness and didn’t blame him when he replied with, “Thanks, but that’s OK.”

Hi, I’m Erin. If you can’t already tell, I’m socially awkward, incredibly shy, and a definite introvert. This has the unfortunate effect of making dating outside of apps almost impossible for me, since I hardly ever work up the nerve to ask people out IRL.

There have been probably hundreds of moments over the years where I’ve seen someone in passing and wanted to ask for their number, their name, or simply flip my hair for but have regretfully been too shy to do anything to make it last beyond a moment.

One day as I was procrastinating a writing assignment, I saw someone walk into the Panera Bread I was working at who I thought was insanely gorgeous, but once again I didn’t approach. I wondered, if I forced myself into taking advantage of all of these hidden dating possibilities, would my romantic life improve?

After taking a six-month hiatus from romance altogether, I was finding it difficult to get back into the swing of things. So I decided to test my hypothesis by asking someone out on a date, every single day, for an entire month.

In regards to the rules I set for myself, I just had to ask someone out in some way, shape, or fashion each day. I still allowed myself to include apps into this equation but I had to actually ask someone out through them and not just talk or chat. I didn’t want to set certain numerical limits and instead let attraction happen naturally, whether it be on Bumble or at the grocery store.

Related: 10 Sexy-Weird Ways To Seduce Him (According To The Kama Sutra)

I remember the huge amount of dread I felt about what I knew I had to do that day: ask someone on a date. At first I thought perhaps I could take the easy way out and find someone cute on a dating app to ask out first but then I saw a cute, nerdy yet professional guy working at Barnes & Noble, where I’d gone to do some work of my own in their cafe.

It took me almost an hour, but I finally worked up the courage to ask him what he was working on. That exchange was the one I described in the beginning of this piece, where I awkwardly asked him if he wanted to “stay in touch” after our initial exchange of words about what had brought us both there to work.

I felt really awkward after his rejection and I knew I was going to have to pack up my stuff and find somewhere else to work for the rest of the day. So far, all this experiment had accomplished was a major cramp in my work flow.

The next few days got a bit easier, but just a wee bit. The second day involved me asking a check out guy at Trader Joe’s if he was single (he wasn’t), the third had me approaching someone on OKCupid to ask if he wanted to go out with me after discovering he had my dream career of psychiatrist. This had a slightly more interesting outcome, as he actually said yes!

After texting back and forth during the day and not being able to agree on a place to meet, he asked me if I liked video games. I wouldn’t say I’m a gamer by any means, but I do enjoy video games. What kind of fun date location could he have up his sleeve?

Well, it turns out he wanted to come over to my house after having never met and playing video games he assumed I had. Needless to say, the interaction ended shortly thereafter.

The next few days were also ho-hum, as I found myself again awkwardly approaching guys I saw while working in cafes and bookstores. This strategy seemed to be failing, but what could I do? I had to work!

I granted myself increased permission to ask out guys on apps, particularly OKCupid (by far my favorite online dating platform). After a few days of duds, sure enough my next conquest turned up. I’ll call him Adam.

Adam and I quickly started texting for hours at a time and having flirty phone conversations. At the same time, I was dealing with a lot of anxiety because new neighbors had moved into the apartment above me and were making more than a normal amount of noise. I actually thought it might be domestic violence (it wasn’t).

However, I was so anxious/irritated/scared that I somehow ended up asking Adam to come and spend the night with me, the day before our first date. Somehow he agreed and even though I had promised myself it wouldn’t mean anything, we hooked up.. Not all the way, but we went far enough.

It was great. I hadn’t felt that connected to someone in a long time … that is, until the next morning. “Hey, I don’t think I want to go on our date after all,” he began. “I’m feeling really anxious and confused.”

My stomach dropped. My heart raced. I knew it was over.

Then came three days of manic depression. I acted like a total idiot and started throwing myself at anyone halfway decent and on OKCupid, that led to nothing but annoyance and some racy sexts.

Related: 5 Signs He Isn’t Into You — He’s Stalking You

I had 14 more days left in the experiment, a little more than halfway there. I thought about how I could improve my circumstances because really, it couldn’t get much worse. I got real with myself and realized I was asking out a lot of people that I wasn’t that into just so I could say I asked someone out that day. I needed to change my strategy to only asking out guys I genuinely wanted to meet.

Over the next few days, I saw an increase in the level of confidence I had in asking people out. One said yes, although it didn’t go anywhere and a few others didn’t respond or politely declined. I asked for a cute guy’s number that I struck up a conversation with at a birthday party, who took my number but never texted or called me. Although I had a lot more interest in the guys I was asking out, I still wasn’t having much luck.

I finally worked up the courage to go to a bar. I’m not really a bar type of girl and am suspect of people who try to find dates or hookups that way. It was a pretty big deal for me to do something like this.

When I got there, I awkwardly played on Instagram while I waited to order a drink. I said hello to the bartender, tried to act naturally, and took in my surroundings. Granted, this was in the middle of the suburbs, so there wasn’t really a great crowd there to choose from. Most of the people were groups and couples. I didn’t feel I could infiltrate. There were maybe three other singletons at the bar, all of whom were men who were too old for me to even look at.

I left feeling somewhat defeated, since the experience hadn’t resulting in any connections. The universe works in mysterious ways, though, as I got a message back from someone on OKCupid I had been back-and-forthing with for a few days.

Unfortunately, he was incredibly awkward in person. He was a nice guy, but someone I knew I’d never be seeing again for a second date.

By this point, the end of the experiment had come. It was odd to end on such a bad note but it was interesting to see the progression that had come out of the past month.

I clearly saw a few patterns: I was shy and it was hard to get out of my comfort zone. I’m also too cautiously optimistic, which led to a lot of disappointment. I used to be more blunt and just go on a date with someone if I liked them but over the past few months I had resorted more to phone call screenings.

There’s no getting around the fact that meeting people in person solidifies your connection in a way that a phone call can’t accomplish. So if I really am interested in someone, the sooner I meet them, the better. But there’s also definitely such a thing as going too fast, as I learned the hard way early on in the month.

This experiment forced me to get outside of that comfort zone and stop being afraid of being vulnerable. There was a particular guy’s number I’d been saving in my phone just-in-case for almost two months after we’d agreed to stop communicating. It was a situation that I had royally f*cked up but I realized my mistakes and had saved his number since he interested me more than at least 98 percent of the people I’d talked to or gone on dates with in the past few months.

I decided to give it a shot and text him, telling him I realized my fault and that, if he was open to it, I’d like to start over. I was in shock when actually agreed.

I’m hopeful, but even if it doesn’t go anywhere with him, it’s proof to me that I can get outside of my shy bubble and make sh*t happen in my dating life. It turns out that dating is a lot like business: calculated risks are often necessary, and when executed properly, pay off big time.

This article originally appeared on YourTango.com 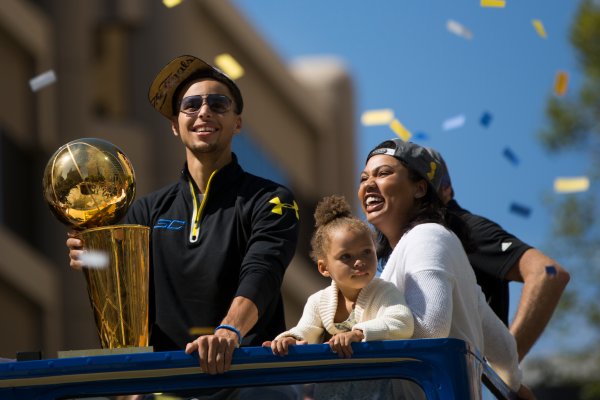 Ayesha and Stephen Curry Prove You Shouldn't 'Date Your Type'
Next Up: Editor's Pick