The Friends Theme Song Got a Heavy Metal Makeover

The theme song of Taylor Swift’s favorite TV show just got a metal makeover. A new viral video gives Friends’ poppy theme song a metal twist and noted metal head Phoebe Buffay would be thrilled to know that it kind of works.

While Phoebe was a big fan of metal act Carcass, this hard grinding version comes courtesy of YouTube channel Frog Leap Studios and musician Leo Moracchioli, who sings the song almost as an ode to his Flying V guitar. Moracchioli channels his inner Ozzy Osbourne (or is that Oderus Urungus or Carcass’s lead singer Jeff Walker?) and lets loose with his take on the Rembrandts’ “I’ll Be There For You” complete with umbrella twirling and couch jumping.

Previously, the Friends theme song has been paired up with Harry Potter, Broad City, and even The Walking Dead but there’s something about this metal version that rules them all. 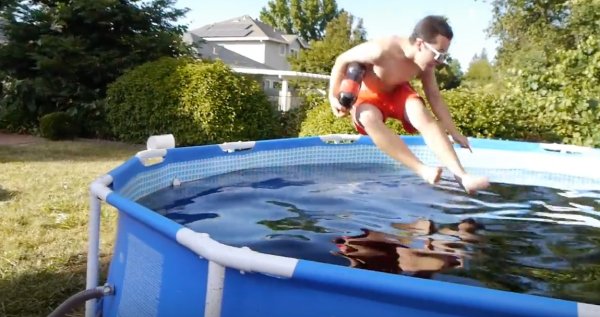 This Genius Created a DIY Pool Filled With Coca Cola and Mentos
Next Up: Editor's Pick