In 1958, Richard Loving and Mildred Jeter did what two people who wanted to build a life together might be expected to do: they got married. But because he was white and she was black, their marriage, performed in Washington, D.C., wasn’t valid in the state of Virginia, where they lived. Nine years later, their case would go all the way to the Supreme Court in Loving v. Virginia, which struck down anti-miscegenation laws across the country, enshrining a landmark victory for the civil rights movement.

Now their story is the subject of a feature film, which premiered at the Cannes Film Festival in May and the trailer for which premieres on TIME. Written and directed by Jeff Nichols (Midnight Special, Mud) and starring Joel Edgerton and Ruth Negga, Loving is a quiet film about a couple who lived quietly but, in their own quest for legitimacy in the eyes of the law, paved the way for countless others to live and love freely, as well.

The trailer offers a glimpse of a simple life violently interrupted by a sheriff with a flashlight in the middle of the night, an arrest that would result in the couple being forced to leave their home and forge a new life across state lines, away from the family and the countryside they loved. Though neither intended to turn their personal plight into a political fight, a decade and a persistent lawyer from the ACLU (played by Nick Kroll) would make their name, already fitting for the cause they took up, synonymous with the inalienable right for two loving adults to marry, regardless of their race.

The film also features a small role by frequent Nichols collaborator Michael Shannon as Grey Villet, the LIFE photographer whose intimate portraits of the Lovings and their three children helped present the family to the magazine’s largely white readership as no different from their own families. As the film presents setback after setback for the Lovings, their steadfast determination to be allowed to live together in their home state becomes its beating heart. As Negga’s Mildred puts it in the trailer: “We may lose the small battles but win the big war.” 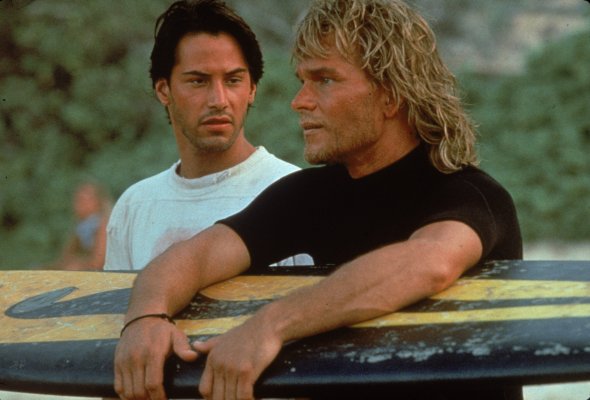 'Point Break' at 25: From 'Pretty But Dumb' to 'Underrated'
Next Up: Editor's Pick