Footage of the incident has been posted to social media, CNN reports, and appears to show two officers approaching Sterling outside of the shop. One officer appears to tackle him over the hood of the car, then both pounce on him, apparently to restrain him on the pavement.

Then, from off-camera: “He’s got a gun!” A series of gunshots are heard, followed by the sound of a woman sobbing.

The Guardian reports that the officers were responding to an anonymous call describing a man in a red shirt selling CDs outside of the store — who may have been Sterling — allegedly threatening the caller with a gun. The store’s owner told a local television station that the police also used a Taser on Sterling, but that is not seen in the video.

The footage in question has gone viral since the shooting, with #AltonSterling trending on Twitter early Wednesday morning. Protests erupted in Baton Rouge to decry Sterling’s death, USA Today reports.

Law enforcement authorities told CNN that detectives will review the footage and that the case is under investigation. The officers involved have been placed on administrative leave. 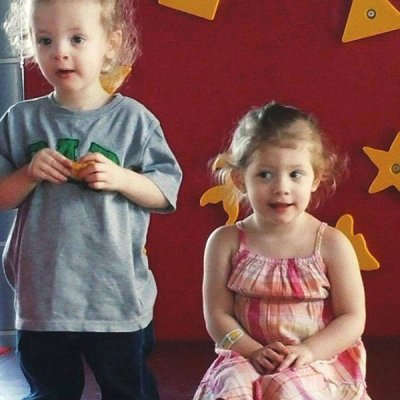