South African Olympic sprinter Oscar Pistorius was sentenced to six years in prison on Wednesday for fatally shooting his girlfriend Reeva Steenkamp after the judge declined to impose the 15-year minimum sentence requested by the state for the murder charge Pistorius was convicted of in December.

Judge Thokozile Masipa, who presided over Pistorius’ original trial, said the allegation that he had intended to kill Steenkamp was a “misperception,” the Guardian reports. She also added that he seemed “genuinely remorseful” for his actions, contradicting the state’s assertion that he showed no regret.

Pistorius, known as the Blade Runner for the prosthetics he used to compete, had spent time in prison in 2014 after initially being sentenced to five years for manslaughter — a charge that was overturned and changed to murder in December last year. Critics have accused the South African judiciary of being too lenient on the 29-year-old because of his fame and global prominence. 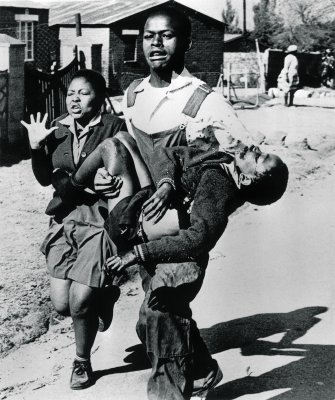 This Photo Galvanized the World Against Apartheid. Here's the Story Behind It
Next Up: Editor's Pick