“It’s a bribe,” Trump said of Clinton reportedly being open to keeping Lynch on as Attorney General. “I mean the Attorney General is sitting there saying, ‘If I get Hillary off the hook, I’m going to have four more years or eight more years. But if she loses, I’m out of a job.’ It’s a bribe. It’s a disgrace.”

Lynch said Friday that she would accept the FBI and prosecutors’ recommendation on charges related to the investigation of Clinton’s private email server. On Tuesday, FBI director James Comey recommended that there be no criminal charges against Clinton, despite finding her conduct to be “extremely careless.”

Trump also accused Obama of being in on the conspiracy. “He’s campaigning and this was set up a long time ago, and he knew that the FBI was going to do this because it would have been very uncomfortable for him to campaign with her actually if they didn’t take a pass on crooked Hillary,” Trump said. “So they take a pass, they announce they’re not going to press charges, lo and behold, a few hours later, let’s have a press conference, let’s do a speech together.”

Multiple outlets reported that the White House had no advance warning on the FBI’s decision.

Trump called on voters to see Clinton’s email controversy as evidence of poor decisionmaking. “Stupidity is not a reason that you’re going to be innocent, and I don’t happen to believe it was stupidity,” Trump said. “Look at her judgment on emails,” he continued. “Who would do it? Look at her judgment. Her judgment is horrible.” He said Clinton “put the entire country in danger.”

Trump spent most of his speech railing against the former Secretary of State and the President, tying them together in his pitch to voters for change. “The last thing we need is an Obama-Clinton in the White House,” he said.

On terrorism, Trump also seemed to praise former Iraqi President Saddam Hussein. “Saddam Hussein was a bad guy,” Trump said. “But you know what he did well? He killed terrorists. He didn’t read them the rights.” 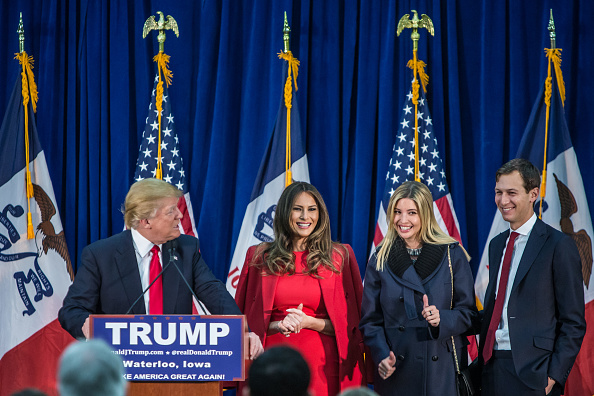