How Abortion Restrictions Could Collide With Zika in the U.S. This Summer

Nearly 540 pregnant women in the United States and territories have Zika, which is proven to cause the devastating birth defect microcephaly and is suspected to cause other neurological defects, too. Health authorities strongly recommend that women of childbearing age take precaution against pregnancy or delay attempts at conception if they suspect they have contracted—or are at risk of contracting—Zika. For women in the U.S., where abortion is a legal medical procedure, those who contract Zika while pregnant will have to make the highly personal choice of whether or not to terminate their pregnancy.

“We don’t know how to prevent the Zika virus, but we do know how to prevent pregnancy,” says Dr. Chris Zahn, Vice President of Practice Activities for the American Congress of Obstetricians and Gynecologists. “The Zika crisis makes it impossible to ignore the need for full access to safe, affordable and effective reproductive health care options for women—no matter where they live.”

Many of the states where Zika is most likely to hit—areas that are home to the aedis aegypti mosquito that transmits the virus—are places with major restrictions on abortion access. This map below shows where mosquitoes that could spread the Zika virus are present, according to the CDC, overlaid with state-by-state data from the Guttmacher Institute on abortion restrictions—such as extended wait periods or limits on when abortions can be performed—as well as the unintended pregnancy rate. Hover over each state for more information.

Meanwhile, in Zika hit countries, more women are seeking abortion, a recent report shows. As TIME reported: “Abortion is illegal in many of the Latin American countries where Zika is spreading. But in the new report published in the New England Journal of Medicine …. researchers looked at the number of women from 19 Latin American countries who contacted the nonprofit Women on Web (WoW) to request abortion medications—from January 2010 until March 2016. During that time, the researchers found that the orders spiked between 36% to 108%, depending on the country.” (See the full piece here.)

Experts worry that, as seen in this map, many Southern states where Zika is expected to appear have laws restricting access to abortion and high unintended pregnancy rates.

Meanwhile, funding to fight Zika’s spread stateside has been mired in politics, with Congress repeatedly failing to pass the $1.9 billion in emergency funding that the White House requested in February. Most recently, Senate failed to pass a bill largely due to arguments over funding to Planned Parenthood. It’s possible legislators will recess before the money is approved, and not return until September. 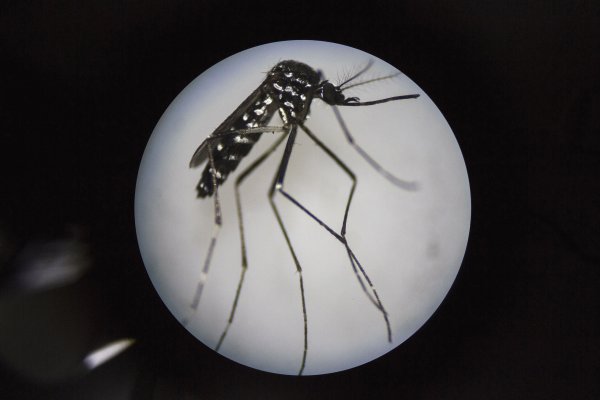 Women and Children Cannot Afford to Wait for Zika Funding
Next Up: Editor's Pick