Everyone Is Wondering If Sasha Obama Tweets

The Internet was left with at least one unexpected burning question after President Obama joined Hillary Clinton at a campaign rally Tuesday: Does Sasha Obama tweet?

While hitting presumptive Republican nominee Donald Trump in an aside in his speech from Charlotte, N.C., President Obama suggested that his daughter, who turned 15 last month, uses Twitter.

It’s not clear what Obama was referring to, as neither of his daughters has an official account on Twitter. It’s possible he was misspeaking and meant to refer to text messages, since the President and First Lady have previously said they keep their daughters’ use of social media to a minimum due to their place in the spotlight.

“I still am not a big believer in Facebook for young people … particularly for them, because they’re in the public eye,” Michelle Obama said about her daughters’ social media use during a 2013 interview with Barbara Walters. “Some of it’s stuff they don’t need to see and be a part of … So we try to protect them from too much of the public voice.”

The Obamas’ eldest daughter, Malia, made headlines last year when Brooklyn rap collective Pro Era posted to Instagram a grainy photo of her wearing one of their T-shirts.

Clinton mentioned both Obama daughters in her speech on Tuesday, noting the difficulty of raising children in “the fishbowl of the White House.” She called Sasha a “wonderful young woman and praised her “energy and enthusiasm.” 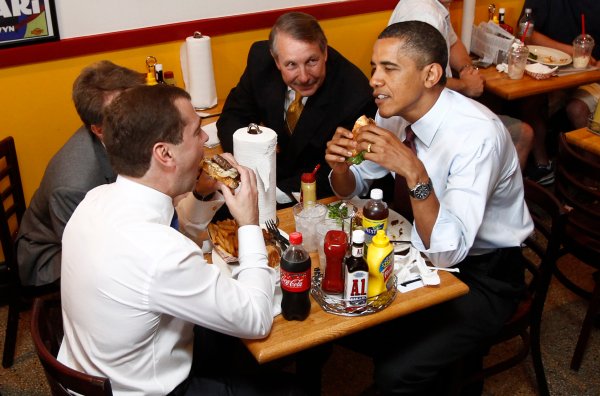