Republican presidential candidate Donald Trump (L) is joined on stage by his wife Melania Trump, daughter Ivanka Trump, and son-in-law Jared Kushner (L-R) at a campaign rally at the Ramada Waterloo Hotel and Convention Center on February 1, 2016 in Waterloo, Iowa.
Brendan Hoffman—Getty Images
By Will Drabold

A writer at a New York newspaper owned by Donald Trump’s son-in-law criticized her boss in an open letter published on its website Tuesday.

In a piece on the New York Observer website entitled “An Open Letter to Jared Kushner, From One of Your Jewish Employees,” arts and entertainment writer Dana Schwartz wrote that she was harassed by anti-Semites on Twitter after writing about a controversial image Trump’s campaign tweeted and then deleted over the weekend.

The tweet showed an image of Hillary Clinton over a pile of money with a six-sided star resembling a Star of David, which Trump later said was a “sheriff’s star” that was misinterpreted by the media.

“The worst people in this country saw your father-in-law’s message and took it as they saw fit,” Schwartz wrote. “And yet Donald Trump in his response chose not to condemn them, the anti-Semites who, by his argument were obviously misinterpreting the image, but the media.”

Kushner, who is Jewish, is married to Trump’s daughter Ivanka, who converted to Judaism before their wedding. Schwartz wrote that by supporting Trump’s campaign he is “giving his most hateful supporters tacit approval.”

“Mr. Kushner, I ask you: What are you going to do about this?” she wrote. “Look at those tweets I got again, the ones calling me out for my Jewish last name, insulting my nose, evoking the holocaust, and tell me I’m being too sensitive.”

Schwartz did not immediately respond to a request for comment from TIME. The Observer’s editor-in-chief told Politico he did not discuss the letter with Kushner before publishing it. The Observer endorsed Trump in the Republican primary in April.

In a statement Tuesday night, Kushner defended Trump. “My father-in-law is an incredibly loving and tolerant person who has embraced my family and our Judaism since I began dating my wife,” the statement reads. “I know that Donald does not at all subscribe to any racist or anti-semitic thinking.” 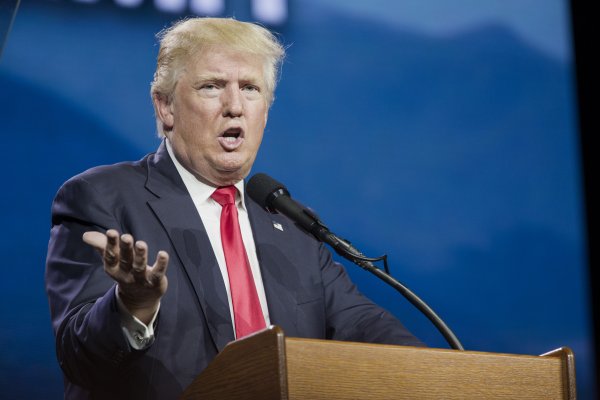