Protestors chant outside a downtown hotel where Donald Trump was holding a lunchtime fundraiser in Boston, June 29, 2016.
Bill Sikes—AP

Delegates aren’t the only ones heading to the Republican National Convention this month. Protesters have also set their sights on Cleveland.

As Donald Trump accepts the GOP nomination at the Quicken Loans Arena, tens of thousands of protesters are expected to hold signs, march and stage events outside the convention, which will last from July 18-21. (Protests are also expected at the Democratic convention, which we’ll cover in a separate story.)

Here’s a look at what the protesters will be doing.

The protesters are all over the political spectrum

Crowds of 50,000 visitors or more are expected in the Cleveland area during the convention.

Groups with different goals will be in attendance. McClatchy reported that the white nationalist group Traditionalist Worker Party plans to make an appearance to “make sure that the Donald Trump supporters are defended from the leftist thugs.”

A wide range of groups like Organize! Ohio, Million Women March, and Bikers for Trump have requested use of the parade route or official speakers’ platform for events like marches.

The city is prepared to make mass arrests

The city has contracted additional beds in other county jails, stating it has the “appropriate capacity” to handle a situation in the event of mass arrests.

“Our expectation is that people are going to come and behave,” Dan Williams, media relations director for the city, told TIME.

But historically, conventions have gotten out of hand from time to time. For example, when Philadelphia hosted the Republican National Convention in 2000, nearly 400 people were arrested. City officials said the protesters were intent on civil riots, the New York Times reported.

Chicago in 1968 was not a peaceful gathering either; riots and protests broke out during the Democratic convention. The Vietnam War was at the forefront of America’s mind, and anti-Vietnam War protesters took to the streets when the tension reached a tipping point. By the end of the convention, police said more than 589 people were arrested and 119 police and 100 protestors were injured.

You have to sign up if you want to speak

Look for the official Speakers’ Platform at Cleveland Public Square, which is near the arena but not within sight of it. The city will be providing microphones and amplification equipment to individuals and groups wanting to be heard, but you have to register for a time slot. The application will be open until Friday, July 8, or until all of the time slots, which are 30 minutes long and go from 9:30 a.m. to 6:30 p.m., are claimed.

There’s only one parade route

The only parade route allowed within the Event Zone has been a cause of controversy. Christine Link, executive director of the ACLU, told TIME there were concerns about the restrictions, including when parades would be permitted –largely when delegates would not be around to hear- and the lack of alternative parade routes.

The route was ultimately extended, but it remains the single parade route during the convention. Parade route permits run from Monday, July 18 between 2 p.m. and 4 p.m. From Tuesday through Thursday they are available between 8:30 a.m. and 1:30 p.m.

The FBI will be in town too

“To help prepare for the RNC, law enforcement is reaching out to people to request their assistance in helping our community host a safe and secure convention. Our goal is to create an environment where all can assemble peacefully and exercise their right to free speech,” said a statement from the local FBI branch.

What the FBI calls reaching out is being interpreted as a “fishing expedition” by some local activists, Jocelyn Rosnick, co-chair of the Ohio chapter of the National Lawyers Guild told TIME. 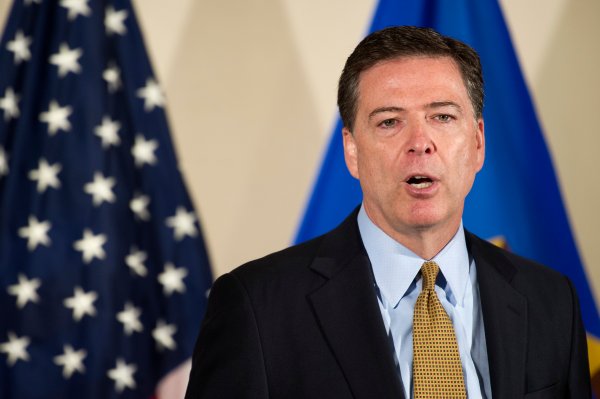