Although the season six finale of Game of Thrones finally confirmed the R+L=J theory — that Jon Snow is not Ned Stark’s bastard, but rather the son of Lyanna Stark and Rhaegar Targaryen — many viewers still have questions surrounding the events that transpired as Jon was being born in the Tower of Joy.

One point in particular that has given fans pause is why Rhaegar Targaryen sent his best swordsman, Ser Arthur Dayne, to guard Lyanna from her brother rather than having him fight against Robert Baratheon and his army. Reddit user therapy does a good job of laying out the conundrum in a recent post:

However, the Redditor then posits that Dayne never intended on defeating Ned. Instead, he only wanted to ensure that Ned was the only one who would know about Lyanna and Rhaegar’s baby. “My theory is that Arthur Dayne’s commands were to leave Ned, and only Ned, alive,” therapy writes. “The reason is simple: Rhaegar knew that Ned could be trusted with Lyanna and her baby, but also that the identity of the baby must be kept a secret. Ned can keep a secret, but if 5 other men see Ned come down out of the tower with a baby, the secret is much more likely to get out eventually. The best course of action is for Ned to return North alone, with no one else seeing where the baby came from.”

Therapy goes on to explain why this makes sense in relation to everything viewers saw occur during the scene.

Considering how season six ended, it seems like only a matter of time until Jon discovers his true parentage. This hopefully also means we’ll get our answers about everything that happened leading up to the fight at the Tower. 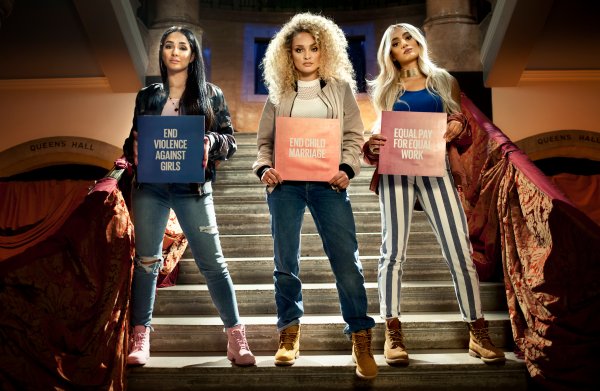 Spice Girls' 'Wannabe' Gets a Feminist Makeover
Next Up: Editor's Pick