FBI Director James Comey said Tuesday that “no reasonable prosecutor” would bring a criminal case against Hillary Clinton over her use of a personal email server as Secretary of State, though he criticized her handling of the emails.

“Although there is evidence of potential violations, our judgement is that no reasonable prosecutor would bring such a case,” Comey said.“We are expressing to [the] Justice [Department] our view that no charges are appropriate in this case.” He said the FBI found “no intentional misconduct.”

“This is not to suggest that in similar circumstances a person who engaged in this activity would face no consequences,” Comey added. “To the contrary, those individuals are often subject to security or administrative sanctions. But that is not what we are deciding now.”

The Justice Department will make the final decision on whether to bring charges against Clinton now that the FBI’s investigation has concluded. Attorney General Loretta Lynch previously said she expected to follow the FBI’s recommendation.

At issue in the investigation was whether Clinton’s use of a private email server and account while she served as Secretary of State violated federal law and whether the email account was hacked at any time. While in office, Clinton used several different servers and numerous mobile devices to read and send email on that personal domain, the FBI Director said.

Clinton spokesman Brian Fallon said that her campaign is “pleased that the career officials” overseeing the investigation “have determined that no further action by the department is appropriate.”

Clinton turned tens of thousands of the emails over as part of the investigation, but during the probe the FBI discovered thousands more work-related emails that had not been shared, either because they had been deleted or because they had been marked as personal, Comey said. Of those, three were classified at the time they were sent or received. Comey, though, said the FBI found “no intentional misconduct” in Clinton’s lawyers’ efforts to sort work-related emails from the server.

The email scandal has cast a shadow over Clinton’s presidential campaign, with many on the right, including presumptive Republican nominee Donald Trump, calling for her indictment. “It is impossible for the FBI not to recommend criminal charges against Hillary Clinton,” Trump tweeted over the weekend. “What she did was wrong!”

The scandal was back in the headlines last week after former president Bill Clinton met with Attorney General Lynch at an Arizona airport. Lynch said last week the conversation was strictly personal and had nothing to do with the email investigation. 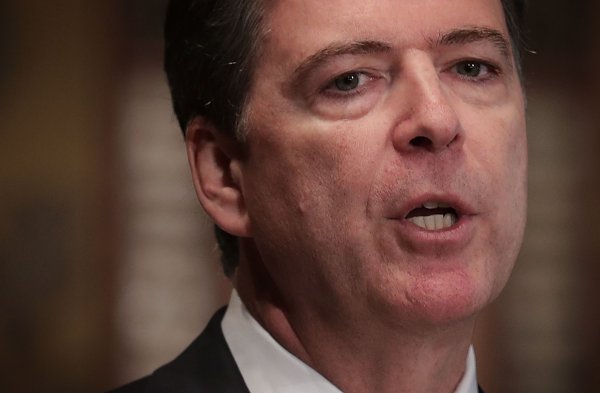