Everything to Know About Britain's Chilcot Inquiry into the Iraq War

The former British prime minister’s critics have been waiting seven years for an inquiry into the circumstances of the Iraq War, which is finally to be published on Wednesday. In 2003, Blair brought the U.K. in to join President George W Bush’s coalition formed to topple the dictatorial regime of Saddam Hussein.

Despite the oppression the Iraqi population suffered under Hussein, the invasion was extremely unpopular in Britain. Members of Blair’s cabinet resigned and at least 750,000 people took to the streets against military action in Iraq, in a march that police said was the U.K’s biggest ever demonstration.

Now, over a decade later, many in the U.K. believe Blair lied to them over the invasion and that the findings of the Chilcot inquiry will finally spark criminal action against him. It was launched in 2009 by Gordon Brown, who succeeded him as Prime Minister.

It has been a long, complicated journey to reach this point, nearly 15 years after the 9/11 World Trade Center terrorist attacks in New York that prompted Western action in the Middle East. It’s clear, though, that Iraq is still dangerously unstable — just this week, a pair of suicide bombers claimed by ISIS killed at least 200 people in the bloodiest single attack in years.

Here’s a simple guide to understanding the background to the Chilcot report, which could be the U.K’s second seismic political shock in two weeks following the country’s surprise vote to end its membership of the European Union.

What do we know about the report?
It’s long: 2.6 million words, which is treble the length of the King James Bible. And it has taken a long time to put together: Chilcot, a 77-year-old former civil servant, was supposed to complete his inquiry in 12 months, but it has been dragged out by lengthy interviews with more than 100 witnesses and a process called ‘Maxwellisation’. This lets key figures including Blair respond to any accusations of wrongdoing or failure. The inquiry has cost £9m.

What do Blair’s critics hope it will contain?
They believe the report will condemn him on at least one of three major issues; firstly, on how the intelligence dossier was put together; secondly, on the question of whether he privately committed the U.K. to war at least a year before the invasion started; and thirdly, on the failure to prepare for the rebuilding of the country once occupation began. Even Blair’s defenders concede there is likely to be criticism for the lack of a post-invasion reconstruction plan, given the years of civil war that have followed the invasion.

Scotland’s former first minister Alex Salmond, a vocal critic of the war, wants proof that Blair agreed with Bush to go to war before ruling out all diplomatic options. “Chilcot heard a lot of evidence on the critical factor of whether Blair pre-committed himself to war, so I’m hoping the former PM gets nailed on that,” he tells TIME. “If he pre-committed, everything that followed started with that decision – that’s the key to this.” He thinks the report must be bad for Blair because he has been vigorously defending his actions in the run-up to publication, which is significant given he will know how the report criticizes him because of the Maxwellisation process. Of the former Prime Minister’s return to the limelight, Salmond says: “Blair has re-emerged like some vampire being reconstituted at the end of a Hammer horror film.”

How are the critics planning to respond?
If Chilcot’s findings are serious enough, there had been hopes to take Blair to the International Criminal Court and try him for war crimes. However, the tribunal, based in the Hague in the Netherlands, has ruled this out. More likely is an attempt to impeach Blair.

How could Blair be impeached? He left office in 2007 and is no longer in Parliament.
A band of lawmakers from all parties, led by Salmond, want to invoke an ancient impeachment law that has not even been attempted since 1848, when foreign affairs secretary Lord Palmerston was cleared of signing a secret deal with Imperial Russia. There is no time limit on impeachment and — although it would likely be a largely symbolic gesture — it is potentially humiliating for Blair, because he could face a parliamentary a trial. Theoretically, a guilty verdict, delivered by a simple majority of lawmakers, could result in imprisonment and a ban from ever holding office again.

What does Blair say?
The former prime minister did not wish to be interviewed for this article but has long defended the removal of Saddam Hussein, though he has expressed regrets for the flawed intelligence and postwar reconstruction. He admitted in a May 24 interview he “underestimated profoundly” the regional forces that destabilized post-conflict Iraq, then said a few days later that he had never sought to deceive anyone. “I think when you go back and you look at what was said, I don’t think anyone can seriously dispute that I was making it very clear what my position was.”

Blair is one of the most electorally successful prime ministers in British history. Surely he has some supporters?
Yes. Blair’s biographer, John Rentoul, describes the idea that Blair pre-committed the U.K. to invasion as “a conspiracy theory of the anti-war crowd”. Rentoul adds that Blair had made his views clear when he said the U.K. would “stand shoulder to shoulder” with the U.S. in the wake of 9/11 and sought the approval of parliament. He adds: “Chilcot has done a thorough piece of research, which means the inquiry certainly is not going to criticise Blair for taking us to war on a lie, because he didn’t. Nobody can draw that conclusion from studying the facts.”

Will there be anything in the report embarrassing to Bush?
It’s not yet clear, though Chilcot reportedly agreed to publish only “quotes or gists” of discussions between the former U.S. president and Blair. News reports Tuesday suggested the report would include 29 declassified letters written by Blair to Bush during the buildup to the invasion. Bush’s correspondence, however, will not be included in the report. 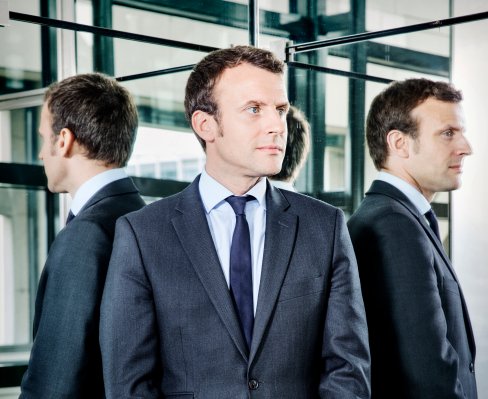 Emmanuel Macron Has Big Plans for France. Is It Ready for Them?
Next Up: Editor's Pick