President Obama Will Stump for Hillary Clinton in North Carolina

Eight years after Hillary Clinton set aside bad blood and a deflated ego to stump for the man who defeated her in the Democratic primary, President Obama will return the favor Tuesday.

At a joint rally in Charlotte, N.C., the rivals turned partners will take the stage together in a bid to bring about Democratic unity and shore up support for one of the most unpopular major-party presumptive nominees in history.

To be sure, the event will include no small number of digs at the even more unpopular presumptive Republican nominee. But Democrats are hoping that the day will boost Clinton more than it hurts Trump, and are banking that Obama’s strong approval ratings will rub off on Clinton.

The joint event comes as White House officials have watched with frustration as Clinton’s campaign has almost singularly become about taking down Donald Trump, rather than making an affirmative case for Clinton.

“People want something to vote for,” said one White House official, repeating an old political saw. “The President is going to make the case for just that.”

In the parlance of senior Democrats, Obama will serve as a “validator” and “Convert in Chief” to the Clinton cause, building on the efforts of other party surrogates in recent weeks. The White House official said Obama would make the case that, as a onetime Clinton skeptic, he’s come to believe she is best qualified to run the country. Harkening back to the bitter days of the 2008 primary, Obama will recount how Clinton won him over. His message is expected to touch on her domestic agenda — largely a continuation on his own — and her record abroad in his Administration.

While he was officially neutral in the primary, the President’s preference for Clinton during the Democratic primary was never in doubt — even as Vice President Joe Biden flirted with a challenge of his own.

Top Obama aides and donors — some, but not all former Clinton backers themselves — rushed to her side even before she declared her candidacy last April. After Clinton secured the majority of pledged delegates, Obama moved swiftly to publicly back Clinton, declaring, “I’m with her,” in an endorsement video, as he signaled to Vermont Senator Bernie Sanders and his backers that it was time to fall in line.

The inaugural Obama event on behalf of Clinton was scheduled for last month in Green Bay, Wis., but was postponed following the shooting at the Pulse gay nightclub in Orlando. The shift from deep-blue Wisconsin to purple North Carolina reflects Democrats growing confidence in the Badger State, despite Trump’s efforts to win over working-class white Democrats. Obama narrowly won North Carolina in 2008, but despite holding the Democratic convention in Charlotte in 2012, saw Mitt Romney carry it that November, giving it the potential to be one of the marquee presidential battlegrounds.

With an approval rating hovering around 50%, Obama’s efforts are crucial to turning out his eponymous coalition of young voters, women and people of color that Clinton is depending on against Trump.

In a symbolic gesture, Clinton will accompany Obama on Air Force One from Washington, the White House said. (A Clinton campaign official said, “As is the standard practice, the campaign will cover its portion of the costs.”)

Clinton will then appear with Biden on Friday in Scranton, Penn., Biden’s childhood hometown and her father’s birthplace. 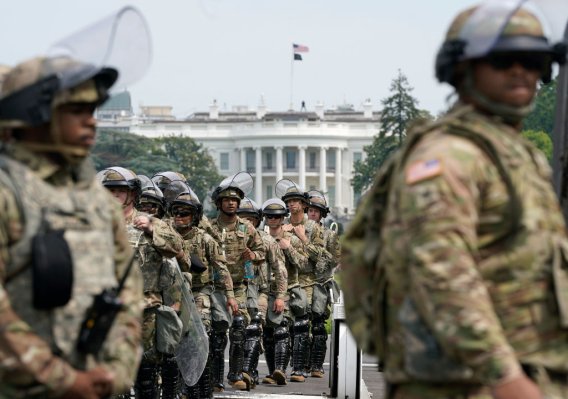