Why Kevin Durant's Decision Is Worth Cheering For

Yes, the summer of sports shockers continues. Kevin Durant will no longer wear an Oklahoma City Thunder uniform. Six summers ago Durant was universally praised for the understated way in which he signed a long-term contract with the small-market team that drafted him, the Oklahoma City Thunder. Meanwhile the NBA’s other leading light, LeBron James, hijacked NBA free agency with his nationally-televised decision to ditch Cleveland.

Now Durant himself broke the heart of a franchise, and community, he lifted to new heights while still falling short of the ultimate prize, an NBA title. I say “broke the heart.”Others, with some justification, may prefer “backstabbed.”

Durant announced on the website for which he serves as “deputy publisher” that he will play with the Golden State Warriors next season. Yes, one of the top 3 or so players on the planet will join forces with the team that won an NBA-record 73 regular season games last season. On paper, stacking the Warriors in this manner seems almost unfair, even while factoring in LeBron James and his all-time greatness. This time next year, the Larry O’Brien Championship Trophy will very likely have returned to Oakland.

During that summer of 2010, Durant was the loyalist willing to build something special for a low-key city. Durant grew up in the Maryland suburbs outside D.C. and spent a year in college at Texas, in Big 12 country. This setting prepped him for life in OKC. “It’s quiet,” Durant said of Oklahoma City during a 2012 interview with TIME, right before he led his team to the NBA Finals. (The Thunder lost to the Miami Heat). “People give you your space. It reminds me of being at Texas. Coming from Maryland, and area where there’s a lot going on, a lot of traffic, big buildings, you need to come down here and slow down a bit in Oklahoma City. Going around to Lubbock, Texas, College Station, small towns like that in college, it  kind of got me used to living in Oklahoma City.”

He’s ready to speed things up. As Durant wrote in the Players’ Tribune:

This seems more than reasonable. People evolve; needs change. Durant’s now 27, in his prime, hungrier than ever for a championship a player of his caliber deserves. In his statement, he said Oklahoma City “raised” him, and that it “pains me to know that I will disappoint so many people with this choice.” Classy. You can sense sincere hurt through his words.

However, the “optics” — ugh, a tiresome term — do Durant no favors. He was ensconced in the Hamptons this weekend, a good two or three million miles away from OKC, as NBA royalty (Gregg Popovich, Pat Riley, Stephen Curry, others) car-washed through to court him. Not very low-key. His Thunder blew a 3-1 lead to Golden State in the Western Conference Finals. Durant & Co. should have finished off Golden State at home in Game 6, when they held an eight-point fourth quarter lead. OKC failed to finish the job. Now Durant’s going to team up with the same Curry and Klay Thompson and Draymond Green that beat him in the playoffs? (And in the case of Green, kicked a teammate in the groin?). That’s cheating!

At least when LeBron James left Cleveland in 2010, the second-best player on his team was Mo Williams. The Cavs lost to the Boston Celtics in the second round that year. He needed South Beach to collect his first championship trophy. Durant was one win away from the finals in Oklahoma City, with another MVP-caliber player, Russell Westbrook, as his running mate. He chickened out.

It’s now helpful to remember that summer of 2010 as we process Durant’s decision. Back then, so many people rued the “superteam” James engineered in Miami, and cried that overpaid players now had too much power. There WILL be a backlash. We’re hearing similar stirrings now. But the Miami Heat didn’t ruin basketball. Player power didn’t turn off fans. In fact, the opposite unfolded. Compelling competition and rivalries and unexpected developments — who could envision the rise of the then 26-56 Warriors back in 2010? — built such a strong product that the NBA’s new TV contract skyrocketed.

The NBA players’ union negotiated a labor agreement which mandates that teams spend a good chunk of that new TV money on the actual players. So the salary cap shot up, and this summer Timofey Mosgov signs a 4-year, $64 million contract with the Los Angeles Lakers, despite playing just 25 minutes for Cleveland in the NBA Finals. (Mosgov will earn $15 million in 2016-2017, while Curry will pull in $12.1 million). Matthew Dellavedova, who probably should be playing in your corporate league, gets a $38.4 million deal. NFL players, in particular, may envy these contracts. Fans will disapprove of Durant’s move.

But they’ll be watching that Warriors-Cavs rematch next season. Feel sorry for OKC. Thunder fans are some of the most passionate in the NBA. They don’t deserve this hurt.

Durant, however, did the rest of us a favor. He moved hoops to an even better place. 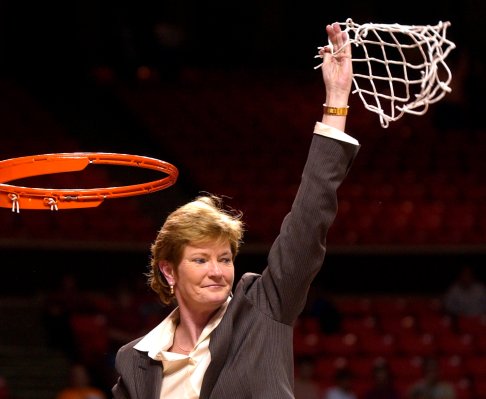