Donald Trump has defended an image he tweeted Saturday criticizing Hillary Clinton and featuring what many are calling a Star of David shape.

“Dishonest media is trying their absolute best to depict a star in a tweet as the Star of David rather than a Sheriff’s Star, or plain star!,” read a tweet posted on his official Twitter account Monday.

The original tweet — which has since been deleted — placed a red six-pointed star containing the words, “Most corrupt candidate ever,” next to a picture of Clinton over a background of $100 bills. It has been reported that the image had previously appeared on a message board associated with the white supremacist movement.

The presumptive Republican presidential nominee later replaced the post with an image featuring a circle rather than the star. 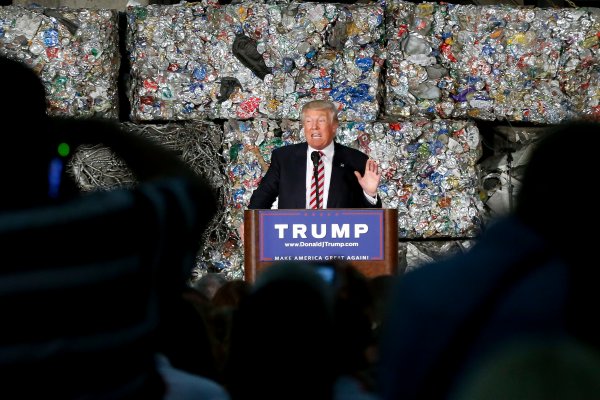 Trump Campaign Improves in Fits and Starts
Next Up: Editor's Pick