Only a matter of days after the British public voted to leave the European Union, Nigel Farage, the man who campaigned for more than two decades toward that goal, has announced his resignation as the leader of the party he co-founded.

“During the referendum I said I wanted my country back,” Farage told a press conference in London on Monday, the Guardian reports. “Now I want my life back.”

Farage, 52, has been the face of the United Kingdom Independence Party (UKIP) during its steady rise to prominence that culminated in the June 23 referendum. He has been an elected member of the European Parliament since 1999.

“The victory for the ‘Leave’ side in the referendum means that my political ambition has been achieved,” a statement from Farage said. “I came into this struggle from business because I wanted us to be a self-governing nation, not to become a career politician.”

His departure will trigger a leadership contest in UKIP at the same time as the country’s two major parties are also going through uncertainty over their leadership after a tumultuous period in Westminster.

The ruling Conservative Party is currently deciding who should replace Prime Minister David Cameron, who backed Remain in the referendum and announced immediately after the result that he would step aside to let a successor carry out the voters’ wish to leave the bloc. Farage’s fellow Leave campaigner Boris Johnson, pulled out of the race last week, as another Brexiter, Michael Gove, announced that he would run.

Labour leader Jeremy Corbyn is facing a revolt from his party’s lawmakers, who contend that his professed support for the Remain campaign was half-hearted. 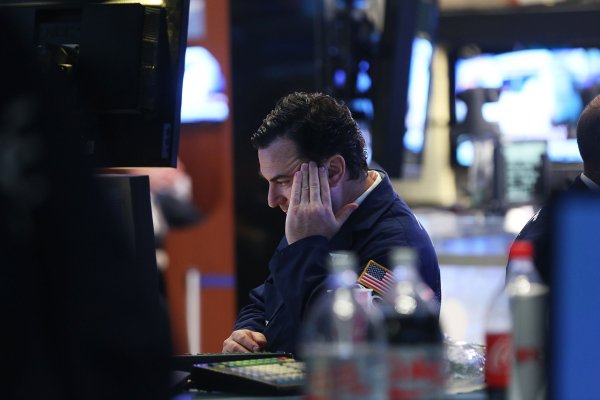 The Worst of the Brexit Fallout Is Still to Hit the U.K.
Next Up: Editor's Pick