An aerial view of the 500-m Aperture Spherical Telescope (FAST) on June 10, 2016, in Qiannan Buyei and Miao Autonomous Prefecture in China
VCG via Getty Images
By Charlie Campbell / Beijing

China is joining the search for extraterrestrial life with construction of the world’s biggest and most sensitive radio telescope.

The final piece of the 500-m Aperture Spherical Radio Telescope, or FAST, has been fitted, the BBC reports, and operations are slated to begin in September. The radio telescope is designed to “search for intelligent life from outer space,” according to China’s state broadcaster CCTV.

The $185 million device, which is constructed into a natural karst depression in southwest China’s Guizhou province to protect it from electromagnetic disruption, has a 1.6-km circumference and comprises nearly 4,500 panels. After debugging, it will be used to detect for pulsars over 1,000 light-years deep into the universe.

“Understanding the fundamental physics of pulsars will help us understand the Big Bang,” Yue Youling, associate researcher of National Astronomical Observatories, told CCTV. “Now we only know what happened after the Big Bang, everything before that relies on our calculation. Therefore, there are a lot of uncertainties.”

China is investing heavily to become a global player in science and technology, and the ruling Chinese Communist Party (CCP) is well aware of the propaganda mileage to be made. In late May, President Xi Jinping called for China become a “world leader” in science by the centenary of the founding of the People’s Republic of China in 2049.

“Great scientific and technological capacity is a must for China to be strong,” Xi told a conference in Beijing.

On Wednesday, the People’s Daily newspaper — the CCP’s mouthpiece — listed the FAST telescope among eight Chinese achievements that were supposedly “shocking the world.” Others include satellites, bridges and a supercomputer. 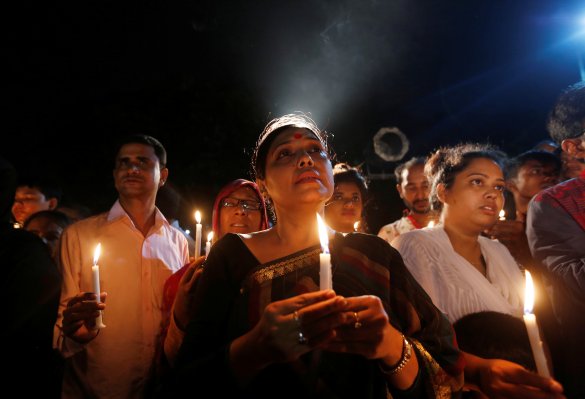