The Hong Kong government will send a delegation to Beijing this week to discuss the case of five Hong Kong–based booksellers arbitrarily detained by mainland Chinese authorities for publishing and selling books critical of senior leaders. The case is seen as the most flagrant violation of Hong Kong autonomy since the onetime British colony was returned to Chinese sovereignty in 1997.

Speaking to reporters on Monday morning, Hong Kong’s top official, Leung Chun-ying said the main item on the agenda would be an examination of the system by which China notifies Hong Kong that Hong Kong citizens have been detained on the mainland.

“It will be a comprehensive and in-depth review of the existing mechanism, which has been in use for more than ten years,” Leung said.

The announcement comes nearly three weeks after one of the booksellers, Lam Wing-kee, held a dramatic press conference about his eight-month detention by Chinese officials, which began last October and included five months of solitary confinement and repeated interrogations. Lam, who met with local police multiple times last week, was due to lead a massive annual protest march on Friday but backed out at the last moment citing threats to his safety.

The 61-year-old is the only employee of Causeway Bay Books — an establishment known for selling scandalous titles detailing the private lives of China’s communist leadership — currently in Hong Kong. Four of his colleagues, all of whom disappeared last year, are believed to still be on the mainland, although a few briefly returned to Hong Kong earlier this year. The bookstore’s co-owner, Swedish national Gui Minhai, is still in detention.

Hong Kongers have grown increasingly disconcerted by China’s excessive jurisdictional overreach into the semiautonomous territory. While three of the booksellers were detained while they were in China, deep unease has been caused locally by the abduction of Gui by Chinese agents while he was on vacation in Thailand, and the snatching of his colleague, British citizen Paul Lee (also known as Lee Bo), from the streets of Hong Kong itself. 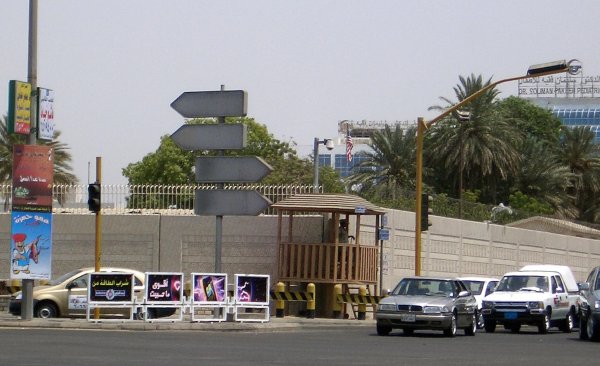 Suicide Bomber Dies Near U.S. Consulate in Saudi Arabia
Next Up: Editor's Pick