Teenager Loses Part of His Leg After Explosion in Central Park

A injured man is carried to an ambulance in Central Park in New York City on July 3, 2016.
Andres Kudacki—AP
By Melissa Chan

An 18-year-old man lost part of his leg Sunday after he appeared to have stepped on something that exploded in New York City’s Central Park, police and fire officials said.

The victim, who officials have not yet identified, suffered a “major injury” in which one of his legs was partially amputated shortly before 11 a.m., an FDNY spokesman told TIME. The injured teenager is in stable condition.

The fire department only said the incident was “related to some sort of explosion.” NYPD spokeswoman Sgt. Jessica McRorie said it is still under investigation and that the bomb squad was one of the units looking into it.

A portion of the popular park was closed off Sunday after the blast. John Murphy, a witness visiting the city from Connecticut, told the Associated Press that the victim’s left leg was “severely damaged, all bone and muscle.” 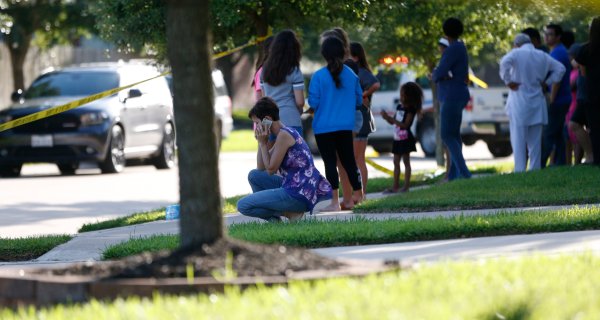 Sisters Fatally Shot by Texas Mom Are Laid to Rest
Next Up: Editor's Pick