'He Made This World Better': Elie Wiesel Is Mourned Across the Globe

An outpouring of grief and tributes greeted the news that Elie Wiesel, the Holocaust survivor and Nobel Peace Prize winner, had died on Saturday at age 87.

Wiesel, also a renowned author and teacher, was taken to the Auschwitz concentration camp with his family when he was 15. He spent his adulthood fighting for tolerance and equality, and many political leaders, social justice advocates, celebrities and others responded to his death by praising his words and actions as a powerful example.

“In the darkness of the Holocaust when our brothers and sisters perished—the six million—Elie Wiesel served as a ray of light and an example of humanity that believes in the goodness of man,” Israeli Prime Minister Benjamin Netanyahu said in a statement.

President Barack Obama called Wiesel “one of the great moral voices of our time, and in many ways, the conscience of the world,” while House Democratic leader Nancy Pelosi said Wiesel “embodied the courage and beauty of the human spirit” and that his “enduring faith in humanity helped create communities committed to peace.”

“Undeniably Elie Wiesel was a powerful witness,” filmmaker Steven Spielberg said in a statement to TIME. “He took us back to the Holocaust and through his personal survivor narrative he relived the horrors over and over again in the hope that we could imagine the unthinkable and join our voices with his in proclaiming ‘never again.’”

Here are some additional reactions: 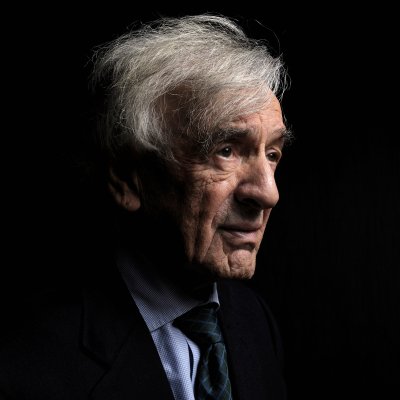 Elie Wiesel: Life in Pictures
Next Up: Editor's Pick