Elie Wiesel, a Nobel Peace Prize winner and Holocaust survivor who wrote the internationally acclaimed memoir Night, died Saturday at the age of 87, according to reports.

His death was met with an outpouring of remembrances, with Israeli Prime Minister Benjamin Netanyahu calling him “a ray of light and an example of humanity that believes in the goodness of man.”

“By bearing witness, he revealed evil many avoided facing,” wrote Samantha Power, U.S. ambassador to the United Nations. “By never giving up, he made this world better.” President Barack Obama called him “one of the great moral voices of our time, and in many ways, the conscience of the world.”

Wiesel was born in 1928 in Sighet, Transylvania, which is now part of Romania. In his memoir, which has been translated into dozens of languages, Wiesel detailed his experience in the Auschwitz concentration camp, where he was sent with his family at the age of 15. The memoir has since come to be seen as essential reading in understanding the horrors and history of the Holocaust.

An outspoken human rights activist and advocate for Holocaust education, he was awarded the Nobel Peace Prize in 1986. The committee praised him as “one of the most important spiritual leaders and guides in an age when violence, repression and racism continue to characterize the world.”

“Undeniably Elie Wiesel was a powerful witness,” said filmmaker Steven Spielberg in a statement. “He took us back to the Holocaust and through his personal survivor narrative he relived the horrors over and over again in the hope that we could imagine the unthinkable and join our voices with his in proclaiming ‘never again.'”

In an interview with TIME in 2006, Wiesel discussed his goal of advocating for peace and humility, especially among world leaders.

“My mission has not changed, because I don’t think the world has changed,” he said. “In the beginning, I thought, Maybe my witness will be received, and things will change. But they don’t. Otherwise we wouldn’t have had Rwanda and Darfur and Cambodia and Bosnia. Human nature cannot be changed in one generation.” 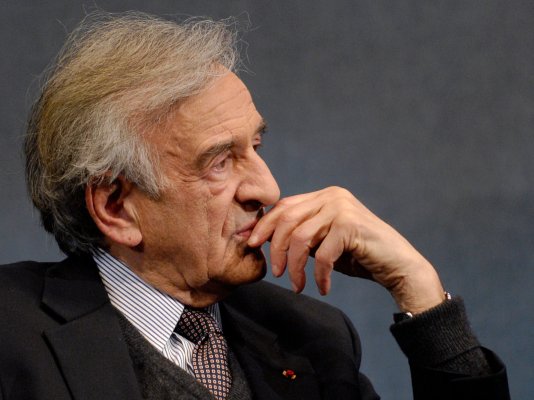 Read Oprah Winfrey's Tribute to Elie Wiesel: He Taught Us How to Answer Evil
Next Up: Editor's Pick