Michelle Carter listens to her defense attorney argue for an involuntary manslaughter charge against her to be dismissed at Juvenile Court in New Bedford, Mass. on Aug. 24, 2015.
Peter Pereira—AP
By Tessa Berenson

The Massachusetts girl who sent texts to her boyfriend encouraging him to kill himself will stand trial for involuntary manslaughter.

The highest court in Massachusetts unanimously ruled Friday that a grand jury had probable cause to indict Michelle Carter in the 2014 death of Conrad Roy III, the Associated Press reports. Carter, then 17, had sent Roy, 18, multiple text messages encouraging him to commit suicide, including telling him to “get back in” his truck in the final moments as it filled with exhaust fumes.

“We conclude that there was probable cause to show that the coercive quality of the defendant’s verbal conduct overwhelmed whatever willpower the eighteen year old victim had to cope with his depression, and that but for the defendant’s admonishments, pressure, and instructions, the victim would not have gotten back into the truck and poisoned himself to death,” Justice Robert Cordy wrote for the court.

Carter’s lawyer argued that her messages were an expression of free speech protected under the First Amendment. 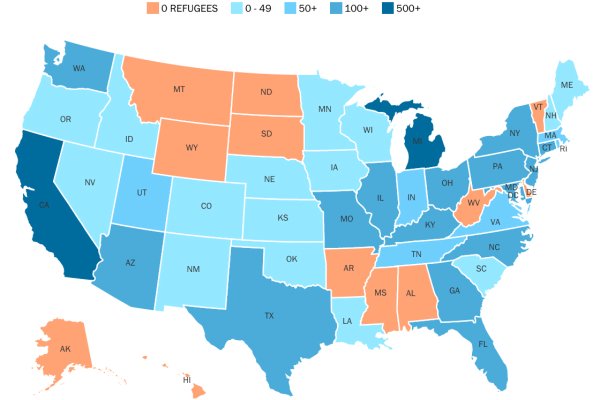 Arrival of Syrian Refugees in U.S. Surges in June
Next Up: Editor's Pick