Hyperloop One Co-Founder & Chief Technology Officer Brogan BamBrogan speaks during the first test of the propulsion system at the Hyperloop One Test and Safety site on May 11, 2016 in Las Vegas, Nevada.
John Gurzinski—AFP/Getty Images
By Alex Fitzpatrick

The co-founder and chief technology officer at a company seeking to reinvent high-speed travel is leaving the firm.

The CTO, Brogan BamBrogan, joined the company, Hyperloop One, after a long tenure at SpaceX, billionaire Elon Musk’s private space firm. BamBrogan had a prominent presence at Hyperloop One’s recent test of a propulsion system that could form the basis of a full working Hyperloop.

The Hyperloop is a still-theoretical form of high-speed transit that involves placing pods laden with people or cargo in low-pressure tubes and zipping them along at speeds of over 600 mph. While not an entirely new concept, it was recently popularized by Musk, who in 2013 released a document outlining his theories around such a system.

A company spokesperson says that Josh Giegel, formerly senior vice president of engineering, will fill BamBrogan’s role. “Co-founder and CTO Brogan BamBrogan has decided to take a step back from Hyperloop One,” said the spokesperson. “We appreciate everything that he has done to put us on the path to creating the world’s first Hyperloop.”

BamBrogan’s sudden departure may be viewed as a setback for the company, which has plans to test a full-scale Hyperloop within the next year. It is seen as competing with another firm, Hyperloop Transportation Technologies, to become the first company to conduct such a test. 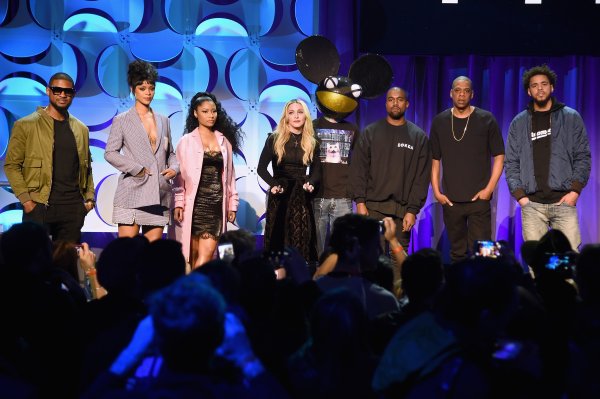 The One Big Reason Apple Might Buy Tidal
Next Up: Editor's Pick