Donald Trump has repeatedly said he wants to “Make America Great Again” by bringing manufacturing jobs back to the U.S. A new video from Trump’s opponent suggests he does not follow his own advice.

Trump has repeatedly touted his brands — Trump wine, steaks, casinos and of course, Trump’s skyscrapers — as a sign of his ability to create a business empire. He has also tried to win over voters with a pitch that he will create jobs as president by forcing companies to manufacture in America.

But that narrative has come under scrutiny, with the Clinton video as the latest challenge to Trump’s attempt to position himself as anti-globalization. As TIME previously reported, Trump has previously endorsed manufacturing overseas, saying in a 2005 essay that outsourcing jobs is “not always a terrible thing.”

“Losing jobs is never a good thing, but we have to look at the bigger picture,” Trump wrote.

A comment from Trump’s campaign on the Clinton video was not immediately available. 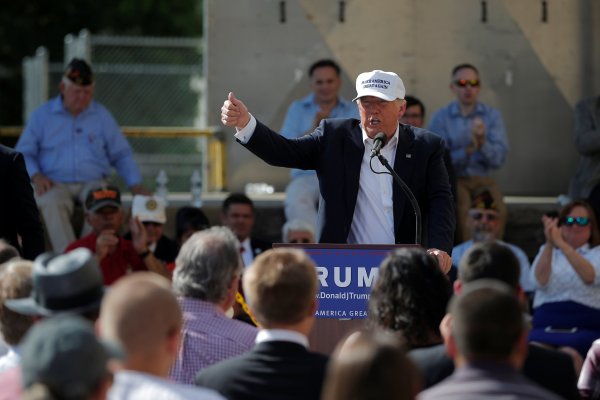 Woman Asks Donald Trump to Replace 'Heebie Jabbies' at TSA With Veterans
Next Up: Editor's Pick