Lindsay Lohan Tweetshamed this British Town Over Brexit. Now, She's Paying It Back

Lindsay Lohan performs during a photocall for "Speed The Plow" at Playhouse Theatre on September 30, 2014 in London, England.
Tim P. Whitby—Getty Images
By Daniel White

Lindsay Lohan has agreed to turn on the Christmas lights in the English town of Kettering, after she offended some there with Twitter commentary the night of the Brexit vote.

“#REMAIN Sorry, but #KETTERING where are you,” read one tweet implying that no one had heard of the town. It has since been deleted.

Philip Hollobone, the Member of Parliament for Kettering’s constituency, was so offended that he took up the issue in Parliament, going on to list Kettering’s accomplishments, according to the BBC.

Hollobone then invited Lohan to come to Kettering and perform the formal lighting of its Christmas decorations. The actress has since accepted the invitation via Twitter, telling the MP to “direct message” her.

The actress was an unlikely commentator on Twitter during the UK’s exit from the European Union last week, going out of her way to criticize voters who chose to leave. 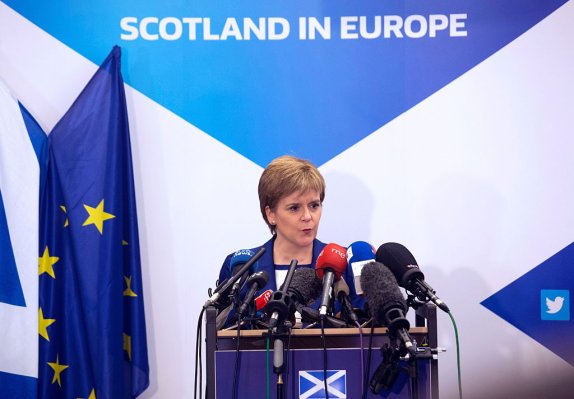 Nicola Sturgeon Wants Scotland to Remain in the E.U.
Next Up: Editor's Pick