The sun was shining and the grass was green, but it was not a great day at Wimbledon for Serbian tennis player Viktor Troicki.

The athlete, the No. 25 seed going into the competition, was playing a point against his Spanish opponent Albert Ramos-Vinolas when he called Ramos-Vinolas’s shot out of bounds. The chair umpire, however, overruled his call.

And Troicki snapped. Screaming, he collected the ball and brought it to the chair umpire.

“Look at it! Come on, please, look at it!” he yelled, trying to prove that there were no chalk marks on the ball which would indicate it had fallen on the line. When the umpire declined to change his call, Troicki served the ball in anger into the crowd.

“You are the worst umpire ever in the world,” Troicki continued. “What are you doing? Did you see the ball? You’re so bad.” But his outburst made no difference, and he resumed play — only to lose the match on the next point, thus ending his time at Wimbledon. This also isn’t the first time Troicki has dramatically disputed a call; he had a similar outburst in 2013 during a match in Rome. 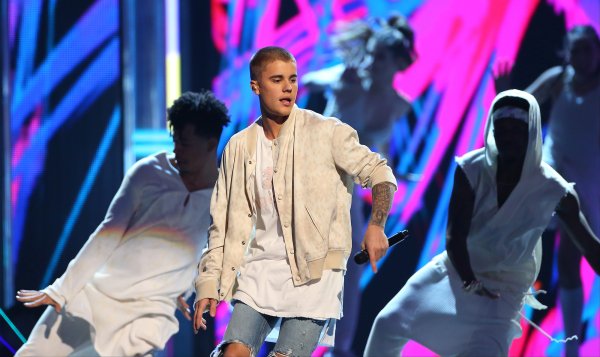 Justin Bieber Fell Down at His Concert. Again.
Next Up: Editor's Pick