Many aspects of my life are neat and organized. My computer is not one of them. I rarely purge my system of old files and photos. I forget to uninstall software I don’t need anymore. My desktop is a mess of thumbnails and documents.

But over the past week, I’ve had something helping me manage that digital disarray: Siri. “Show me all the files I opened today.” “Find my spreadsheets.” “Get me the files I downloaded yesterday.” These are just a few of the commands Apple’s voice assistant can handle in macOS Sierra, Apple’s new software that will bring Siri to Mac desktops and laptops when it launches this fall.

The version of macOS that I’ve been testing is still in its early stages, and Apple is still refining the software. But it’s enough to provide a glimpse of how Siri differs on the desktop versus the iPhone, where it’s been since 2011. I rarely use Siri on my iPhone, but when I do, it’s usually to set reminders or answer a quick question. Siri on the Mac, however, feels like a true personal assistant. It becomes a digital secretary of sorts, fetching relevant files and sending messages as I bark out orders.

Read more: Everything You Know About Siri is Wrong

Even in its unfinished state, Siri was often accurate and helpful. Finding information like the weather, nearby restaurants, sports scores, and documents on my computer was a breeze, most of the time. But Siri’s standout ability on the Mac is finding files. It can locate items by when they were last opened, where they’re saved, their file type, and more.

Indeed, Siri proved a lifesaver when, while working on this story, I created multiple documents for taking notes, but later mixed up my documents. Asking Siri to show me all my files with “Siri” in the name helped me sort out the mess.

Siri can also pull up emails from your inbox based on who sent them to you, or what the subject line contains. This feature, however, doesn’t seem to be working entirely correctly just yet. When I asked Siri to show me emails from my bank, which I receive on a regular basis, it replied with “I can only search your inbox.”

Siri is fairly good at sending iMessages and emails from the Mac, which made it easier to chat without having to switch to the Messages app or reach for my phone. But there are still issues to work out here, too. When I tried to send an iMessage to my sister Jen, Siri asked me to clarify, since I have multiple contacts with the same name. But when I clicked the right contact, Siri continued to ask me to choose. Hiccups like these will likely be smoothed out before the final version launches.

Many of Siri’s other capabilities worked just as Apple had showcased while announcing Siri on the Mac at WWDC last month. Siri can search for tweets, find news stories, identify songs, search for images on the web (which you can drag and drop into files), and create calendar events, among other functions.

To be sure, Apple isn’t the first technology to put a digital assistant on a desktop. Microsoft’s Cortana, which offers a similar experience, was added to Windows 10 last year. But there are a few key ways the two virtual helpers differ.

Cortana offers the option to ask questions out loud or type them into a search bar, for instance, whereas Siri only supports voice input. Siri’s presence on Mac is consistent with its mobile appearance — clicking the Siri icon in the dock triggers the same sound wave that appears on your iPhone when holding the home button. Cortana, meanwhile, functions more as a hub for all of the things you care about. Microsoft’s computer-powered helper lives in a small window that displays recent news headlines, reminders, and other pertinent information. While Siri’s user interface doesn’t include data like this, you can pin search results to the Today tab on your Mac desktop for quick access.

There are also some disparities in the types of information Siri and Cortana can deliver. Microsoft’s assistant can provide information about your flight status, which Siri can’t. Cortana also allows you to set reminders based around people, like a reminder to tell your coworker John about an upcoming meeting the next time he calls. But overall, I found that Siri was more flexible and efficient when it came to quickly retrieving information and files on my computer.

For me, Apple’s digital aide fulfills a much more important purpose on the Mac than it does on my iPhone. But there’s one big drawback: Speaking aloud to your computer in the middle of a crowded office is just plain awkward. Nearby coworkers sometimes think I’m talking to them when I’m asking questions or issuing commands to Siri. You also give up some privacy when using Siri, since anything you ask can be overheard. To be clear, this isn’t a problem with Siri specifically. It’s a hurdle faced by all voice-enabled computing devices. Still, assistants like Siri and Cortana are proving that voice-enabled technology has a home beyond our smartphones. 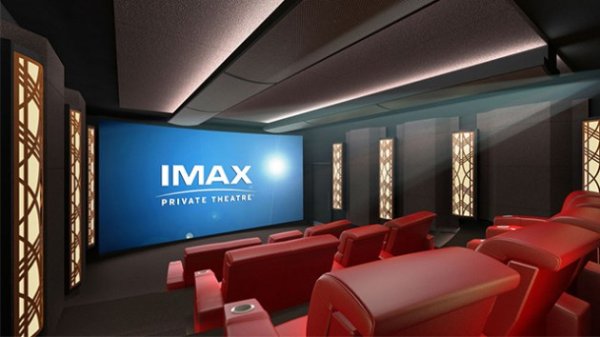 Here's How to Get a Full-Blown IMAX Theater In Your Home
Next Up: Editor's Pick